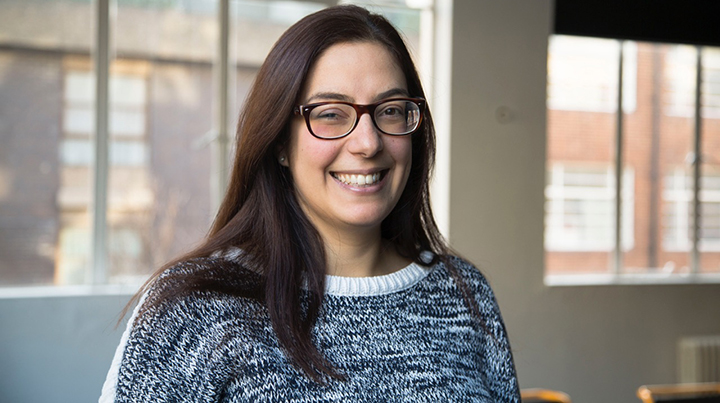 A patient campaigner raising awareness about the dangers of Acanthamoeba keratitis (AK) for contact lens wearers has been awarded a top patient accolade.

Irenei Ekkeshis (pictured), 35, from London was awarded a Health Service Journal’s (HSJ) Patient Leader Award for her ‘No Water’ campaign which raises awareness of the link between water contamination and AK infection for contact lens wearers.

Ms Ekkeshis contracted AK in 2011 and underwent numerous unsuccessful corneal transplants before losing vision in one eye. She has since spearheaded a patient campaign to highlight water as a significant risk factor for Acanthamoeba transmission for contact lens wearers, which has included promoting the use of ‘No Water’ stickers for contact lens packaging with the British Contact Lens Association (BCLA).

The judges commented: “She seems to be trying to challenge the system, and that is definitely worthy of recognition.”

The inaugural HSJ awards recognised 50 outstanding patients “whose personal experiences have led them to instigate change and as a result are shaping healthcare.”

Commenting on her award, Ms Ekkeshis told OT: “I’m really delighted to have been recognised as a HSJ Patient Leader. Since the ‘No Water’ campaign started, not only have the BCLA and American Academy of Optometry agreed to use No Water stickers, but we are also about to start a study with Moorfields Eye Hospital looking at the effect of on-pack No Water messaging on compliance.”

The campaigner added: “We have created an involved and active support group for patients and their friends and family, and recently brought clinicians and researchers together to create the first accurate, evidence-based patient information on AK, now being used worldwide.

“All this will help those affected by AK as well as increasing awareness of the no-water message, helping prevent AK in others.

“There’s more to do of course, but this award gives me a tremendous boost to continue this work.”

This is the second time Ms Ekkeshis has been recognised for her campaign work this year, following an award from the Shelia McKechnie Foundation.