Many optometrists enjoy the variety that a career as a locum brings.

Rather than spending each day working within the same four walls, locum optometrists adapt to different consulting rooms and equipment as well as forming connections with a diverse range of patients and optical staff.

A 2018 survey by the AOP of more than 2000 optometrists revealed that more than one in four respondents (27%) worked as locums.

When asked why they chose this mode of practice, 88% highlighted the flexibility that locum working brings.

As well as having the freedom to choose when and where they work, locum optometrists are able to take on multiple roles in different settings.

OT spoke with locum optometrists about what they find rewarding about a diverse range of roles – from cataract consultations to research and optical leadership.

The 2021 General Optical Council registrant survey found that optometrists working in hospital and university settings had some of the highest levels of job satisfaction within the optical workforce.

On average, 57% of optometrists reported being satisfied with their role. However, within universities this figure rose to 63% while in a hospital setting job satisfaction rose to 66%. 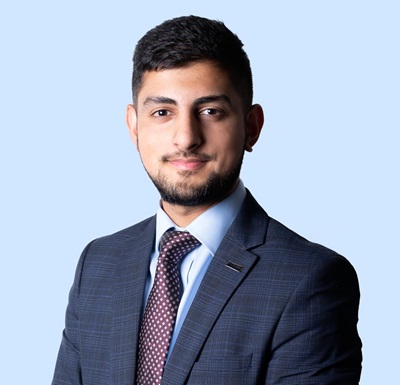 Safdar then lists patients who have provided consent for the procedure for surgery.

“What I find most rewarding about the role is the ability to help in the decision-making process for what can be a life-changing operation,” he shared.

“Being able to restore a patient’s vision once again with YAG laser and enable them to carry on doing the things they love is highly satisfying,” he highlighted.
Safdar noted that his extended role has benefited other parts of his practice as a locum – giving him added confidence when discussing cataract surgery with patients.

The variety of roles that Safdar has undertaken helps him to continue learning and broaden his scope of practice.

“We are in challenging times with waiting lists longer than ever before, so to be able to add breadth to my clinical skills has been an incredible opportunity to help my personal growth and the local population I serve,” Safdar emphasised. Dr Stephanie Kearney
She is involved in undergraduate and postgraduate teaching as well as research. Kearney also works as a locum in practice to keep her independent prescribing skills current.

She became involved in research when she spotted a PhD position being advertised after she finished her pre-registration year.

“It was on the topic of myopia, which I already had an interest in, so I applied. At the time I didn’t really understand the value of a PhD, but I am glad I did it as I am now able to undertake research and work as a lecturer,” she said.

Kearney highlighted that she enjoyed the mental stimulation of having no two days the same.

The ABC of LOCs

Locum optometrist, Sarah Bentley, has been a member of the Lancashire & Morecambe Bay Local Optometric Committee(LOC) for more than 20 years.
Over that time, the committee has grown in membership while the geographical area it covers has also expanded. 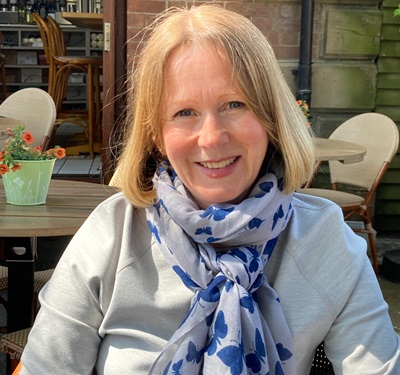 Sarah Bentley
There are now four locality leads – with Bentley responsible for liaising with optical practices in Blackpool, Fylde and Wyre.

“It is rewarding because I can now put back in what the LOC have given me,” she said.

Bentley values the role as a way of keeping informed of the latest developments within the profession and across her local area.

“When you are employed a lot of information is trickled down through the practices, but as a locum, you can miss out on that,” she shared.

“Being on the LOC keeps my knowledge up-to-date and I can pass it on to other locums,” Bentley added.

She shared her view that there is more engagement now with LOCs than there has ever been.

“COVID-19 has brought our strengths as an LOC to the forefront. The people on the committee are very proactive and that has helped massively,” Bentley said.
Bentley highlighted that it can be daunting to approach an LOC, but there are a wide variety of roles within committees for people with different skill sets.

“You realise that anyone can do it – it is not too onerous a task,” she noted.

Working as a locum in areas of socioeconomic deprivation has fuelled Bentley’s passion for her LOC work.

She wants to ensure that new pathways are implemented consistently across the UK.

“The LOC are trying to make eye care accessible for everyone,” Bentley highlighted.

During her pre-registration training, locum optometrist, Shamina Asif, was encouraged to attend Dudley LOC meetings by her supervisor.

Following qualification, she continued to attend meetings and was elected on to the committee before becoming chair at the age of 27. 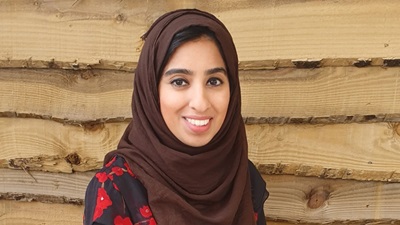 Shamina Asif
“I would say it was the quest for knowledge that motivated me to become involved with the LOC,” she explained to OT.

She enjoys conveying the strengths of optometry to people outside the profession, such as GPs and clinical commissioning groups, while also connecting with optometrists from other practices.

“I find it rewarding to engage with my colleagues in the area and help them out with any issues.

Asif highlighted that working as a locum and an LOC chair is a “two-way street.”

“I can see what problems are encountered in practice and bring this to LOC meetings to find a solution. On the other hand, as an LOC chair, engaging with ophthalmologists enables me to become better with referrals and the management of patients, record keeping, and understanding GOS claims better,” she shared. 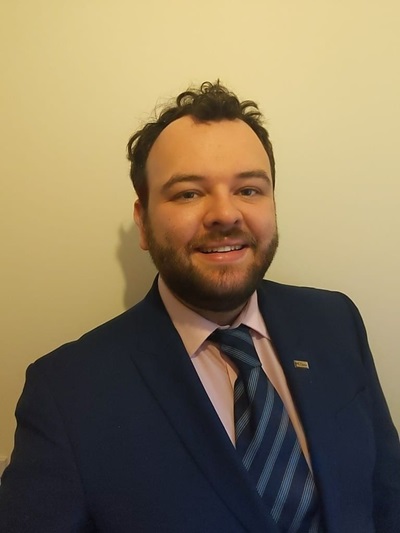 James Brawn
Locum optometrist, James Brawn, was elected to represent Wales on the AOP Council after he was encouraged to apply by former AOP chair, Mike George.

“I have always had an interest in the larger issues affecting our profession,” Brawn shared with OT.

“With issues such as COVID-19, the optometry apprenticeship and the Education Strategic Review affecting our profession, I felt that now more than ever, it was really important to have strong voices on the AOP Council,” he added.

Brawn highlighted the rewarding nature of acting as a conduit between the AOP Council and optometrists in Wales.

“I can transfer information and opinions between these groups, which can help influence AOP policy, support, and desired topics for CPD,” he said.