The Government’s guidance for students traveling home at the end of term has been welcomed with a “sense of relief” by some optometry students, though questions over the practicalities remain 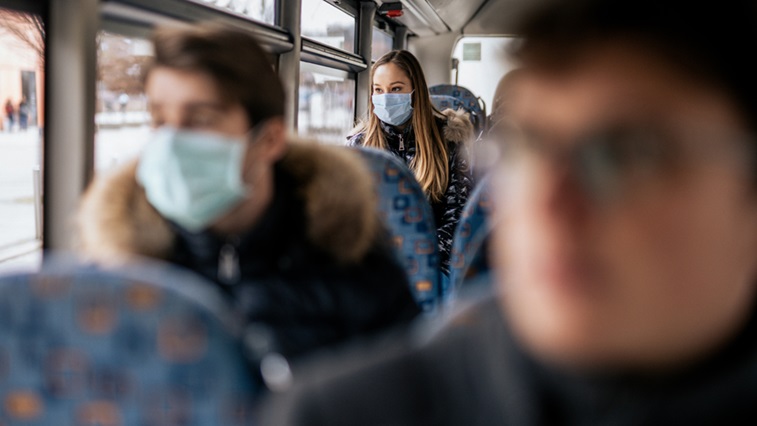 Getty/AnVr
Optometry students and unions representing students and universities have welcomed the Government’s plan to enable students in England to return home in December to spend the holiday period with families. However, there are concerns over the practicalities of the plan, and the need for a strategy of return come January.

The Government has published guidance for how students at universities in England will travel home to spend the Christmas holidays with their families, once national lockdown restrictions end on 2 December.

Under the new plans, the period from 3 – 9 December will be designated a ‘student travel window’ where students will be able to travel according to staggered departure dates set by universities, working with local public health officials and transport groups.

Universities will also need to move all learning online by 9 December.

The Government has said it will work closely with universities to establish mass testing, with tests to be offered to “as many students as possible” before they travel. Universities in areas of high prevalence will be prioritised.

The Government suggested that this plan means students would have just completed the four-week period of national lockdown restrictions, reducing the risk of transmission to their communities at home. Testing will aim to offer further reassurance.

If a student tests positive, they will need to remain in self-isolation for 10 days. By moving learning online early in December, the Government suggests this will ensure students will still be able to complete their isolation period and return home in time for the Christmas holidays.

A sense of relief

Hina Patel, AOP student representative and optometry student at the University of Bradford, told OT that for students to be able to go home for Christmas will offer a “sense of relief all round, including for parents.”

“It’s even better that COVID tests will be carried out for students in the run up to the end of the semester, allowing time for self-isolation if tests come back positive. Hopefully this minimises the spread whilst traveling and to loved ones at home,” Ms Patel commented.

She added: “However, it does depend when people travel. Everyone travelling at the same time is just going to increase the risk; there does need to be some balance.”

Reflecting on the chance for students to return home at the end of the term, Ms Patel noted: “Adapting to the ‘new normal’ has been strange, so it will be good for students to have somewhat of a break. Perhaps it will help those suffering with their mental health, especially those living away from home and confined to their flat in restricted regions.”


Adapting to the ‘new normal’ has been strange, so it will be good for students to have somewhat of a break

Caroline Mansfield, AOP student representative and optometry student at the University of Plymouth, shared that the communication she has received from the university has helped students to be “kept in the loop.”

Reflecting on the Government’s guidance, Ms Mansfield said: “From what we’ve been told, I don’t think it will negatively impact our education. We are all used to online learning now and we were due to finish clinics the week after the 9 December.

“I hope that the new plan will mean students will be able to get home safely and not miss out on too much clinic time. Nothing has been set out in stone yet, at least for us, so it’s hard to gauge the credibility of the plan,” Ms Mansfield added.

The National Union of Students (NUS) welcomed the guidance to ensure students can travel safely home and the plans for mass-testing.

Commenting ahead of the announcement of the confirmed plans, NUS national president, Larissa Kennedy, said: “We had raised concerns about plans to make students self-isolate for extended periods of time, and the effect this would have on their mental health, so giving students some much needed clarity will hopefully put many at ease.

“We particularly welcome this mass-testing approach as it equips students with the knowledge to make informed decisions about travel ahead of the winter break based on individual risk, instead of being subject to blanket rules we’ve seen elsewhere this term,” Ms Kennedy added.

The group added, however, that the Government must ensure that universities have the resources to cope with the demand for testing.

Also welcoming the end-of-term plans, Universities UK, which represents 140 universities across the country, noted that ending in-person learning by 9 December could have an effect on practical learning for some students.

“Some students will now miss out on timetabled placements, practical classes and other in-person teaching near the end of term,” a spokesperson said. They added: “Universities will need to work with students and government to manage the challenges this creates.”

The University and College Union (UCU), meanwhile, pointed out “flaws” in the plan to return students home.

“Allowing just a week for around one million students to travel across the country leaves little room for error,” commented UCU general secretary Jo Grady, suggesting instead that moving to online learning now would provide more time to stagger the movement of students.

“The plans for mass testing fall far short of universal coverage,” Ms Grady continued. “And they come with immense practical challenges to overcome in a very short window.”

The three unions all highlighted the need for a strategy for returning students to university in January, with UCU highlighting the risk of a third wave of COVID-19.

Universities UK noted: “The government must now urgently turn its attention to working with the sector on plans to ensure students can safely resume their studies in person in January, supported by enhanced testing capability.”

For those students who may be remaining on campus over Christmas, such as international students and care leavers, the Government highlighted that universities have been asked to provide additional help and practical support, ensuring students are properly cared for and can access affordable food, medical and cleaning supplies if needed.

Students across the UK

The UK Government confirmed it was working with other governments across the UK to ensure students can travel home as safely as possible.

English students at universities in Scotland, Wales or Northern Ireland have been advised to follow the guidance relevant to where they are living. Once they return to England, they should then follow their local guidance. For those who have not completed the four-week period of national restrictions, the Government has said they should complete 14 days of restricted contact before or after returning home.

Plans to support students to return home at the end of term in Scotland will include a widespread COVID-19 testing scheme, expected to be rolled-out by the start of December.

Scottish students will be included in the UK-wide initiative to test some asymptomatic students before the end of term. The Scottish Government confirmed it is working with the UK Government’s testing programme on the logistics of offering lateral flow testing – currently being used in Liverpool and which can deliver a result in approximately 15-20 minutes, and a more sensitive polymerase chain reaction (PCR) test if needed, which takes up to a day or longer to establish a result.

Any student wishing to return home for the end of term is being asked to voluntarily reduce their “social mixing” for two weeks before travelling – only going out for essential reasons and exercise in this time.

Departure from campuses will be made early and staggered, the Scottish Government has confirmed, with universities asked to make necessary adjustments to scheduling to end in-person teaching and assessments in time to allow student to return home.

In Wales, new COVID-19 lateral flow tests (designed to diagnose asymptomatic people) will be provided to students, who are being asked to plan to travel no later than 9 December.

Students will be asked to get an asymptomatic test, ideally within 24 hours of their intended travel time. New testing facilities are set to be made available at participating universities.

Universities across Wales are expected to end the majority of in-person lessons in the week leading up to 8 December, to allow anyone who tests positive to self-isolate for 14 days before travelling home.

The AOP’s Peer Support line (0800 870 8401) offers a free confidential helpline for individuals at any stage of their career to discuss their problems with a trained and understanding peer who recognises the pressures of optical practice. Calls can be on a range of topics, from workplace pressure, to financial worries, or anxiety about exams.

Calls will be answered 24 hours a day, by an external answering service, with volunteers on duty to return calls between 8am and 8pm.