Second-year optometry student at Cardiff University, Millie Trotter, reflects on the challenges of first-year and the benefits of virtual lectures

When I saw I would be starting my optometry course, I was so excited, especially because I had managed to get into my first choice university.

Name: Millie Trotter
Year group: Second year student
University: Cardiff University
At Cardiff, the preliminary year and the first year cover a lot of basic maths, biology and optics to make sure that everyone is up to the same standard, but there is also a lot of time spent in the labs and in the clinic. I found most of the practical aspects of clinics challenging initially, especially retinoscopy and hand-neutralising as I just couldn’t get my head around the concepts. But after a lot of practice and reviewing theory notes it all finally clicked. It was so rewarding the first time I got a prescription spot-on from retinoscopy, and a relief that the time I’d put in practising had finally paid off.

Obviously, this year might involve less time in a clinical environment, but don’t underestimate learning the theory. Sometimes going over the theory is what allows the penny to drop on the practical aspects. And having less time in the clinic means that any time that is spent in the clinic shouldn’t be wasted. The year goes really fast, faster than you’d think.

What would you tell your first-year self?

If I could go back, I would tell myself to relax more. I was so worried about proving to myself that I deserved to be there, that I forgot to just enjoy my first year. I think I should have joined more societies and taken the opportunity to try new things like skiing or lacrosse or rowing, although I think it was the really early mornings that put me off that!

I also wish that I had figured out a more effective way of studying, as sometimes I can get too wrapped up in making my notes as pretty and neat as possible, rather than learning the content.

When starting university, I found myself worried that I’d lose my good friends from home, especially as I had moved so far away from them and they were all at universities that were close together, and so saw each other fairly regularly. I found that agreeing a time each week or two to have a call or video-call with them really helped. I’d also suggest doing this with parents or other family members, because I’ve found that they take it personally if you don’t call them regularly!

I can sometimes get distracted very easily, and so I found that studying in the library or in the optometry building helped keep me focused, as I was surrounded by other people who were studying. However, due to COVID-19, studying in the library or in other study spaces on campus might be difficult, so I think many people will have to settle for studying in their own houses or flats. Online lectures, combined with only really being able to watch them in your own space, may increase the amount of distractions that people have to learn to deal with. 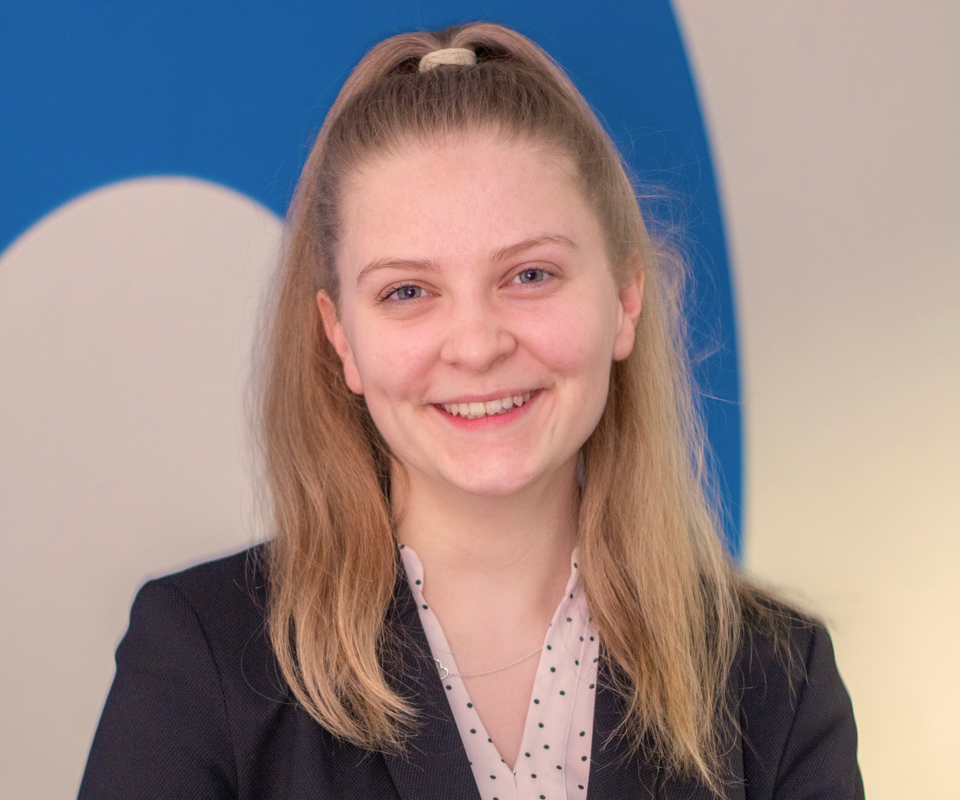 I actually really liked having online lectures last term, though I will admit I was sceptical at first. Because the online lectures were recorded, I could watch them in my own time. This meant that I could watch them later in the day, which is when I feel I am most productive. I also found that I got more out of the lectures as I could pause them as and when I needed to. The notes I took were more detailed as a result, as I sometimes struggle to make notes and keep up with what the lecturer is saying in an in-person lecture.

Having said that, I wasn’t a fan of the online exams. At Cardiff University we had twenty-four hours to complete an exam paper that was designed to be completed in two hours, so there wasn’t the same amount of time pressure that there normally is in an exam. I find that I work better with the time pressure as it helps to keep me focused.

I actually really liked having online lectures last term, though I will admit I was sceptical at first

At the moment the plan at Cardiff is to have all lectures online and still have clinical teaching with everyone wearing medical grade PPE, so scrubs and masks for example. It sounds like exams will be online again, unless the COVID-19 situation changes for the better. There has also been a one-way system put in place in the optometry building so that social distancing can be strictly enforced.

To first-years, I would say congratulations on becoming optometry students. Try and enjoy every second, even when it gets hard, because the next few years will go so fast and you’ll be three years in before you even know what has hit you.

To find out more about the student-focused activities and resources available through AOP membership, click here.

As told by Kimberley Young.