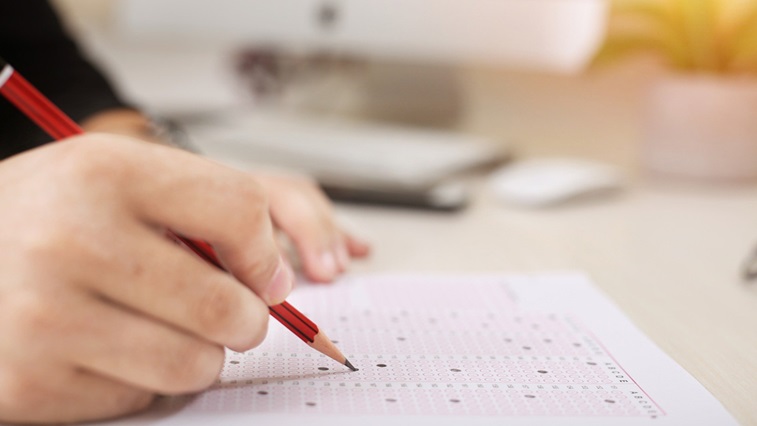 Optometry courses have welcomed the decision from the Government to accept A-level student’s centre assessment grades, with several confirming they expect to accommodate all students wishing to join the course this year.

The Government and the examinations regulator, Ofqual, confirmed last week that A-level and GCSE students would be able to revert to the grades submitted by their schools and colleges this year in place of exams cancelled due to the pandemic.

The decision came after many students across the country saw their results downgraded through an algorithm that was designed to standardise results.

However, figures suggested that teachers in England saw nearly 40% of their A-level assessments downgraded by the algorithm and many students whose results were downgraded reported missing out on their first-choice university.

What are ‘centre assessment grades’?

With exams cancelled this year as the pandemic took hold, schools and colleges put together centre assessment grades (CAG) for students. These are the grades that teachers predicted students would be most likely to have achieved had the exams gone ahead. They were based on evidence including mock exams, non-exam assessment, homework and other records of student performance.
Announcing that students could now revert to their CAG results, education secretary, Gavin Williamson, acknowledged that the system resulted in “too many inconsistent and unfair outcomes for A and AS level students.”

Having received the new grades for the 160,000 students who received upgraded A-level results in England, UCAS analysis has found that approximately 15,000 of these students (or one in four) who were originally rejected by their first choice university will now meet the conditions of their offer.

Analysis also suggested that approximately 100,000 students who have since had their grades upgraded had already placed at their first choice university on results day.

Reflecting on these reports, Clare Marchant, UCAS chief executive, said: “It’s clear from this data that universities have already exercised flexibility when making their original confirmation decisions and have looked closely at the backgrounds of students.”

While positive for students who had missed out on their expected grades, there have been concerns that the decision could have a knock-on effect on universities where places may have already been filled through clearing.

Alistair Jarvis, chief executive of Universities UK, the representative body for 137 universities across the UK, described the impact of these last-minute changes, explaining: "The policy U-turn on A-levels has created significant challenges for universities caused by late movement of students between institutions,” he said.

In an effort to mitigate this impact, the Government confirmed it would remove student number controls this year – a measure that would have capped the number of places universities could offer in 2020/2021.

Optometry courses respond to the changes

OT reached out to a number of optometry courses at universities across the country to find out how they had been affected by the changes. Several noted that, while the final impact on admissions may still take some time to be fully felt, on the whole they expected to be able to honour offers of a place for the next academic year and accommodate their full intake.

Professor John Siderov, head of department for Optometry and Vision Sciences at the University of Huddersfield, welcomed the update and confirmed that the university has committed to ensuring a fair process for all optometry applicants.

He commented: “We are pleased that the impact of the current A-level issues on students will be minimised by accepting centre assessed grades.”

Professor Siderov stressed that it may still be some time before the full impact of the changes to A-level grading are felt by universities, as students make their decisions on re-applying. He did add that the course was “somewhat protected” as it is not solely reliant on A-level applicants.

However, he confirmed: “We have noted an increase in requests to reconsider grades and reconsider admission onto optometry.”

For some providers, an increase in student numbers may be required to accept the students that have now met the offer. However, Professor Siderov explained: “At this time, I do not anticipate that we would require an increase above our agreed GOC number.”

In Birmingham, Aston University shared a statement also welcoming the announcement from the examination regulators, telling students: “We’re working closely with UCAS to ensure that you will not be disadvantaged as a result of the COVID-19 outbreak and by the process for awarding calculated grades.”

Speaking to OT, an Aston University spokesperson said the university is in a similar position to last year in regard to undergraduate student offers for optometry.

In a statement, they said: “Following the release of CAGs, we have accepted as many students as we are able, while ensuring that we are still COVID-secure, appropriately equipped, staffed and ready to welcome our new undergraduate cohort in September.”

Similarly, a Cardiff University spokesperson confirmed that the course has been able to accommodate all students who met the conditions of their offer.

The spokesperson stated that the calculated grades were considered in the same way as A-level results have typically been considered in previous years.

The university has committed to honouring an offer of a place for all applicants who selected the university as a firm or insurance choice and meet the conditions of their offer by 7 September.

As a new course, it has been hard for the optometry department at the University of the Highlands and Islands to calculate the impact of the developments around the A-level and Scottish Higher results, with no data from previous years to compare to.

However, head of optometry, Alison Macpherson, told OT: “A more general impact has been a delay in our ability to confirm offers to some applicants.”

Commenting on the move to revert to the new CAG results, Ms Macpherson said: “We welcome the decision and will honour the offers made on the basis of the centre assessed grades for any applicant who initially missed out on the grades required.”

She confirmed the university has received the revised grades and has been working through these “as quickly as possible” and anticipates the course will be able to accommodate all those who wish to study on the programme this year. The university partnership is also still welcoming applicants for courses starting in September.

Earlier this summer, UCAS figures revealed a rise in the number of students holding firm offers this year, and fewer applicants opting to defer. Speaking to OT, several optometry courses shared their expectations to receive a full cohort of students in September, despite the challenges faced throughout the pandemic.

Was your application to university affected by the grading algorithm? If you would like to share your story, get in touch via: [email protected]