Finding fulfilment in the hospital setting 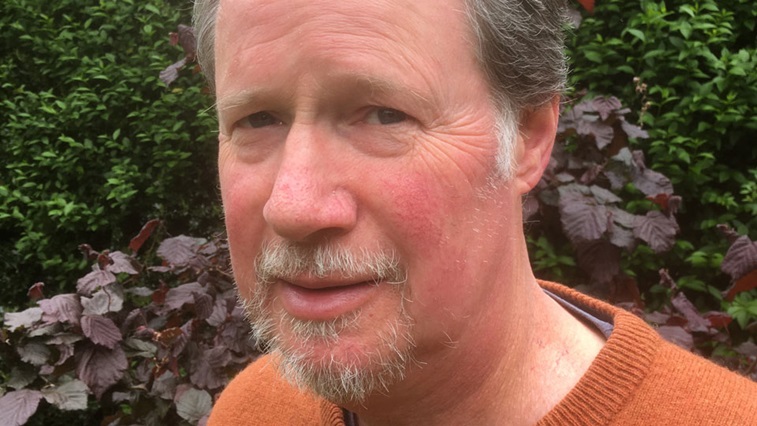 My career in optometry happened by accident.

I had completed a biology degree and was meant to go on to do a PhD, but the funding was cut. One of my friends was an optician working for a small independent group whose dispensing optician-come-receptionist had gone off sick. I went into the practice to help out for a month or so. One thing progressed to another and I went to the businesses’ Christmas party, during which the directors offered to sponsor me to go back to university to complete an optometry degree. It was a pure accident; I had never considered optometry before, but my experience with the practice meant that I knew exactly what I was letting myself in for.

I completed my pre-reg placement with an independent practice and did one day a week at an eye hospital.

On qualification I became a locum because it allowed me to travel. I did that for around four years.

One of my friends was keen on going down the Specsavers partnership route and talked me into joining him.

I was a practice director for around five years. While it made me financially secure, life in practice wasn’t as fulfilling as I wanted it to be – I was working six and a half days a week.

– it was great, I loved the lifestyle. While I had the opportunity to extend my contract, I had family reasons to return to the UK. Back in the UK, I spent the next year as a manager at the vision centre at UMIST (now the University of Manchester). However, I was still seeking a fulfilment that I wasn’t getting.

My career had been varied, but the one thing that I hadn’t done since I was a pre-reg was work in the hospital setting.

When an opportunity came up, I applied and secured a job at Manchester Royal Eye Hospital, where I have been for the last 15 or so years.

The Macular Society named me Optometrist of the Year. My colleagues had nominated me without me knowing… it came as an amazing surprise

What I like about hospital optometry is the colleagues I work with and being at the cutting edge of what I do.

In my field, which is macular treatment, when I started, we were providing laser to try and save patients’ peripheral vision. Today we are able to maintain people’s vision at the level they are diagnosed with, sometimes even making it better. It’s just great to work in that environment and feel that you are making a difference.

A career highlight was definitely five years ago when the Macular Society named me Optometrist of the Year.

My colleagues had nominated me without me knowing. It was really nice to be recognised in this way and it came as an amazing surprise.

If there was one thing I would change about optometry it would be the funding.

We need another form of funding. This public underfunding doesn’t work. We need a means by which we can tap into a health service budget and be true primary care providers.

Working in a hospital setting during the COVID-19 outbreak, it is incredibly quiet

We have cut all non-essential treatments. While my particular area, the macular clinic, is still functioning as we must continue to deliver anti-VEGF injections to patients, appointments have been streamlined so that patients spend minimum time in the hospital.

Today we are able to maintain people’s vision at the level they are diagnosed with, sometimes even making it better. It’s just great to work in that environment and feel that you are making a difference

It’s a very bizarre and unusual environment to be in.

I am used to working in clinics where you have waiting rooms full of people; you are constantly seeing patients and constantly talking to patients. Right now, we are in a position where we must try to minimise the time we spend with the patient as much as possible to prevent potential contamination.

In terms of uncertainties, nobody knows what is going to happen.

Could we [hospital optometrists] be redeployed? Will they ask us to perform nurse-type roles? As professionals we are trained and know about healthcare procedures, after all.

When I was younger, I would have probably ended up as a social worker or a solicitor. If I had a choice now, I’d like to be a national park warden or a tree surgeon - something that involves being outside.

• As told to Emily McCormick.