Optometrist and AOP Councillor, Angela Henderson, on a varied career that has provided her with the opportunity to be a clinical adviser to NHS England 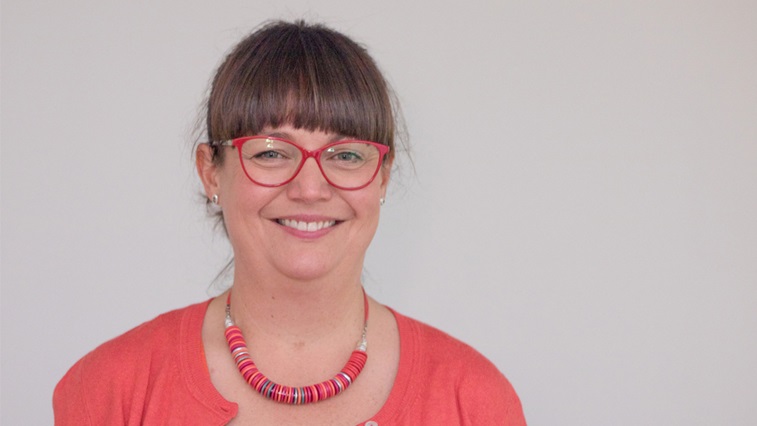 When I was exploring my career options as a teenager, I knew that I wanted to study something medical, but I also knew that I didn’t want to study medicine.

A teacher at school suggested optometry to me and that is how I got into it. Prior to that teacher’s suggestion, I had no experience of optometry; I didn't wear glasses and I hadn’t ever had my eyes tested.

It was the variety of work that you could do within optometry that appealed to me.

I saw it as a subject that paired dealing with the public and being in the healthcare sector helping people well.

I studied at the University of Bradford before enrolling on a pre-reg placement at an independent practice.

My main motivation as a student when I was looking for a pre-reg placement was location. I wanted to return to Newcastle where I grew up. Unfortunately, part way through my placement my supervisor had a heart attack and I had to find another placement. I ended up working in the Eye Clinic in Newcastle, which was a massive contact lens practice at the time. I qualified at the practice and became a full-time optometrist, staying until I had my first child six years later.

After having my daughter, I took six months off and returned to work at another independent as the Eye Clinic had been taken over before I went on maternity leave.

I worked for that independent for a couple of years before setting up my own practice with a colleague. We had the practice for about six years and during that time I started working in the hospital eye service. I then spotted an opportunity to become a clinical adviser and it appealed to me so I applied.

Currently I work four days a week in independent practice and half a day a week for NHS England as a clinical adviser.

I’m also an assessor for the College of Optometrists.

I applied to be a clinical adviser because testing all of the time isn’t always that challenging.

The role is about ensuring a quality of service and making sure that the NHS is providing the level of service that it should and that contractors are doing that.

Personally, I don’t see being a clinical adviser as a dictator or policing role, for me it’s very much a helping and supportive role

Being a clinical adviser involves answering enquires, inspecting practices when they open, performing assurance visits and carrying out performance investigations based on complaints about optometrists.

I prepare papers on many of these aspects of the role and present them to performance panels. Having optometrists who are clinical advisers is important for optometry as it means that there are realistic, practical clinicians ensuring that the management in NHS England understands what optometry does and can promote the profile of optometry within the organisation.

I believe that there is a misconception in the profession that some clinical advisers are strict.

Personally, I don’t see being a clinical adviser as a dictator or policing role, for me it’s very much a helping and supportive role. In the north east where I am based, we have a good history of advising and supporting the eye care practitioner and as a result find that they are happy to come to us with their questions.

A career highlight and the thing that still gives me the biggest buzz when I’m practising is fitting children with contact lenses and ortho-k.

Every time I fit a child with ortho-k and see them after they have taken their lenses out on the first morning and notice the difference, is amazing.

In the future, I am keen to get more involved in training and academia.

I have completed mentor training for Teesside University’s optometry degree programme and when it enrols its first cohort of students in September, I will support students visiting the practice where I work. This is a role that very much appeals to me as it allows me to interact with new members to the profession. As I’ve had such a varied career, I’ll be able to make them aware of the various opportunities that are available to them on qualification so that they know that optometry isn‘t just about sitting in a testing room and selling glasses.

Although I love working in a healthcare profession, my dream job would be running a luxury B&B in the country as I love to bake and cook in my spare time.