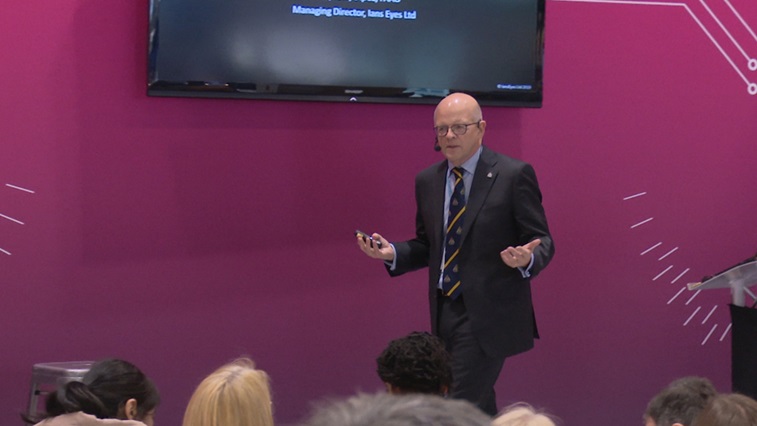 “It is what you say and the way you say it that gets results,” optometrist Ian Davies told practitioners when opening his talk on communication at 100% Optical last month.

“It is so important that it is a competency defined by the General Optical Council,” he explained.

Mr Davies highlighted the importance of communicating effectively and efficiently with patients by sharing insight into research that reports a link between communication and patient outcomes.

“The better you communicate with your patients, the more likely they are to do what you ask them to,” Mr Davies summarised.

Communication can happen in a number of ways, with non-verbal communication being particularly important, Mr Davies. He shared a seven second video clip of the beginning of a consultation.

The optometrist informed practitioners that of these 11 impressions, just one will be based on what is being said, while four will be on how you say it and the remainder on body language.

“You have a seven second opportunity to make that first impression count with your patient,” Mr Davies stressed.

These first seven seconds are important for all employees, including optometrists, dispensing opticians, optical assistants and support staff he said, encouraging all staff to have a seven-second plan.

Discussing how hand and arm gestures can impact the way in which information is passed on to the patient, Mr Davies identified posture as pivotal, especially when dealing with younger patients.

Asking the audience if they have ever considered what the practice, testing room and indeed themselves look like through the eyes of a two-year-old, he encouraged them to walk around the practice at their level.

“The exam room can be a scary place when everything is tall. You may smile but from their perspective it may not appear as a smile,” he said.

On language, Mr Davies explained that it is important for practitioners to ensure that they are using appropriate words, but also words that their patients understand.

“The language that we use may seem specific and obvious to us, but it may not be for our patients,” he said, adding: “You must consider the context of the words that you are using and make sure that patients have a good understanding.”

He concluded: “Using long words doesn’t make you smart. Using the right words for the right patient at the right time is what makes you smart.”