Hospital and locum optometrist, Alan Hawrami, discusses how a varied workload allows him to thrive in different settings for the benefit of his patients 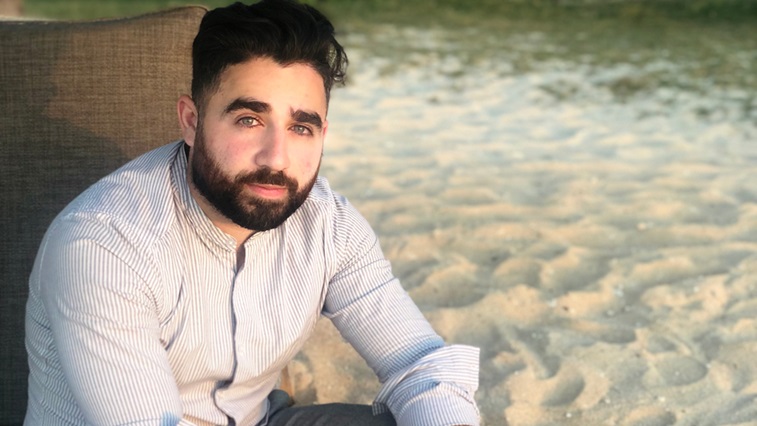 When I was at secondary school, I did work experience at an opticians.

During that placement I spoke to the clinician about his role and I had a realisation that being an optometrist could be something I wanted to do in the future. It was patient contact, combined with the clinical side of optometry, that I was interested in, as well as knowing that every day would be different.

When it came to applying for university, it was between optometry and pharmacy.

Looking into my options in more detail, I opted for optometry due to the amount of clinical exposure that was associated to the role.

I studied at City, University of London before completing my pre-reg at an independent called Rose Opticians.

During the pre-reg year I was given a lot of space, guidance and time to grow as an optometrist. The development that the practice afforded me is one of the main reasons that I am in the position I am today.

I spent a year at Rose Opticians after qualifying before moving to a multiple to be a resident optometrist.

During my three years at the multiple, I took what I had learned in independent practice and streamlined it so that my eye examinations became more efficient. After a year in that role, I applied to two hospital roles and secured both positions. The first was as a specialist optometrist at Whipps Cross Hospital where I worked in eye casualty, vitreo-retinal, primary care and clinical research. The second was at Homerton Hospital as a diabetic retinopathy screener. During the time I worked in all three roles, I spent four days at the multiple, two days at Whipps Cross and half a day at Homerton.

What I enjoyed most about working in the hospital setting was the eye casualty aspect as you don’t know what is going to come from your next patient.

It could be anything ranging from dry eye to a retinal detachment. I also found the hospital setting to be an environment where I could grow and expand my clinical knowledge.

Today, I work one day a week at St Helier Hospital in eye casualty and glaucoma clinics, and locum three to four days around that.

Having a newborn, I take the weekends off to be with my family. It is the variety that these roles offer that I most like about being a portfolio optometrist. I can use my hospital knowledge to help my patients when I am working in opticians on the High Street, and I can use my knowledge of optical appliances from within the community setting to help my patients in the hospital.

I have found it important to upskill throughout my career because optometry is heading down a path that is much more pathology orientated.

I completed my independent prescribing (IP) qualification as I found that it was something that was holding me back when I was working in the hospital setting. After I secured this qualification, I was more independent and the learnings that came with it allowed me to treat an even wider variety of patients.

I have a Professional Certificate in Glaucoma and recently passed the second level of this diploma also.

I hope to pass the third and final level next year. I also have a City and Guilds diabetic screening certificate and am certified for minor eye conditions services as well.

A career highlight for me has been presenting research internationally at the European Association for Vision and Eye Research conference.

It was a 15-minute presentation to mainly ophthalmologists and included a Q&A session at the end, which was very scary. Seeing university professors who had taught me in the crowd during the presentation was a unique experience.

In terms of next steps, I’m currently trying to grow my online presence.

There are two Instagram accounts that I’m currently working on. The first is @nhs.hospital.optometrist, which is co-run by myself and another hospital optometrist. It is aimed primarily at students and pre-regs who want to know what happens in the hospital setting, and for qualified optometrists who want to know how we investigate and manage conditions referred on to us. The second is @eyemergency, which is run by myself, on which I explain emergency eye conditions, their investigations and treatments. This is aimed more at MECS optometrists and IP practitioners. Social media is a useful platform to be able share experiences on and allows practitioners to see that there is support and advice out there.

I’d be a footballer. I get compared to Lionel Messi when I play, but I think that is due to his height rather than footballing ability.