“My job is kept interesting by continuing to build my skills”

Relocating from ‘the big smoke’

Optometrist and Specsavers director, Suraj Shah, speaks to OT  about his reasons for relocating from London to Norwich

In August 2019, optometrist Suraj Shah relocated from London to Norwich.

Having practised in and around the capital since qualifying 13 years ago, the reason for the move was “to create a better work/life balance to swap commuting and late-night opening for more time with my wife and two children,” Mr Shah told OT.

However, personal circumstances were not the only reason for Mr Shah’s relocation. From a career perspective, he was also at the point where he was ready for his next challenge.

Mr Shah has worked for Specsavers for 19 years and has been a store director for 11 of them. When living and working in the capital, he led practices in Edgware Road and Peckham.

Speaking about his relocation journey with the multiple, the optometrist explained that after leading practices in busy areas with transient populations, he sought to head up a branch in which he could feel that he was looking after people who lived in the town where he worked and that he could create a community within.

Prior to making a decision about relocating, Mr Shah spoke to his peers at Specsavers who were living and working outside of London. It is during these conversations that he learnt about the benefits of working in thriving smaller towns with less commuting and shorter opening hours that sealed the deal.

Mr Shah’s move was a year in the making he estimates. “I knew that I wanted to experience something different from London, something that had a different client base and allowed me to put down a legacy and give back to the community. It was just a matter of finding the right opportunity,” he said.

Norwich is one of the largest branches in the group and I knew it was the right time in my career and life to take something like that on – I had enough experience behind me, but I didn’t want to be too old either

The director was very flexible when it came to location. “It was more about finding the right challenge than just the right location,” he said. But with a wife and two children who would eventually be making the move also, he did have some requirements.

“My main requirement if I was going to move outside of my comfort zone away from family and friends was that I didn’t want to spend hours in my day commuting like I was in London. Therefore, the community and the area that I ended up in was going to be important as I wanted to live much closer to work and get some of that time back,” he explained.

Schools were also important. “I wanted to be in an area with good schools for my children,” Mr Shah said, adding that what he quickly realised when spending time looking at potential locations over the last year was that “there is a whole world outside of London and there are some really nice places, some really nice people and some really nice schools.”

When the opportunity to take over Specsavers’ largest turnover store in Norwich White Lion and the nearby St Stephens store arose, Mr Shah said that it felt right. “Norwich is one of the largest branches in the group and I knew it was the right time in my career and life to take something like that on – I had enough experience behind me, but I didn’t want to be too old either,” he said. 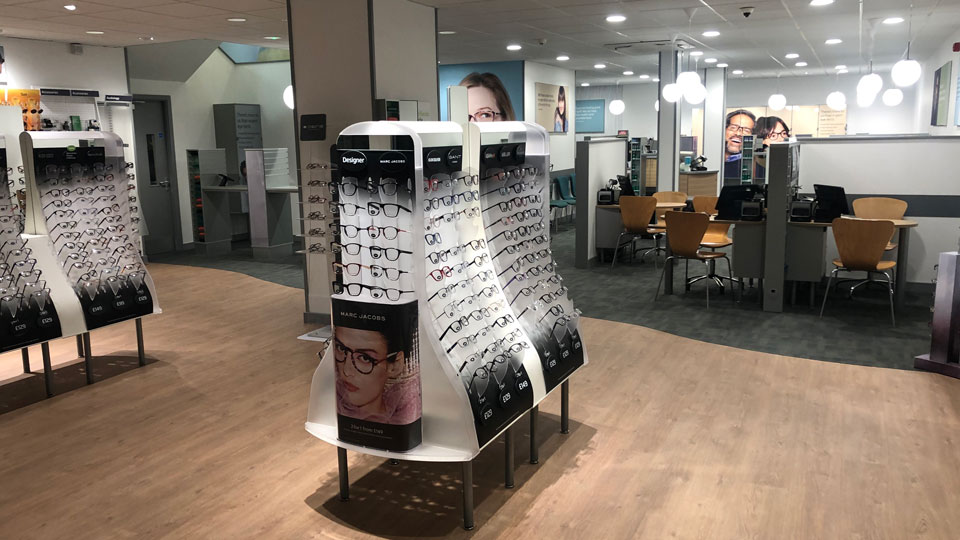 At 35 years old, Mr Shah shared that in recent years he has become more aware of his mental and physical health. “I try to exercise more and eat more healthily,” he said, adding: “What stood out, even in Norwich, was the quality of the air compared to London.”

In the past, Mr Shah has suffered from stress-related migraines, with the condition arising every two to three weeks over the last decade. “However, since being in Norwich, arguably in a more stressful environment in a bigger store, I haven’t had a migraine in four months,” he shared.

“My life isn’t much different, but I have a bigger support network and I think it’s paid dividends,” he added.

Returning to the initial reason for the move, for a better work/life balance, Mr Shah said that since relocating he feels that he has “reclaimed it.”

He explained: “After being a director for 11 years, you can get to the point where you think you know everything and it becomes run of the mill. In the last four months I have learnt so much – from forming new relationships to different ways of working.”

“It has got me out of my comfort zone. As with everything in life, I like a challenge and I like to succeed. Relocating has allowed me to do that,” he concluded.