A new way of learning 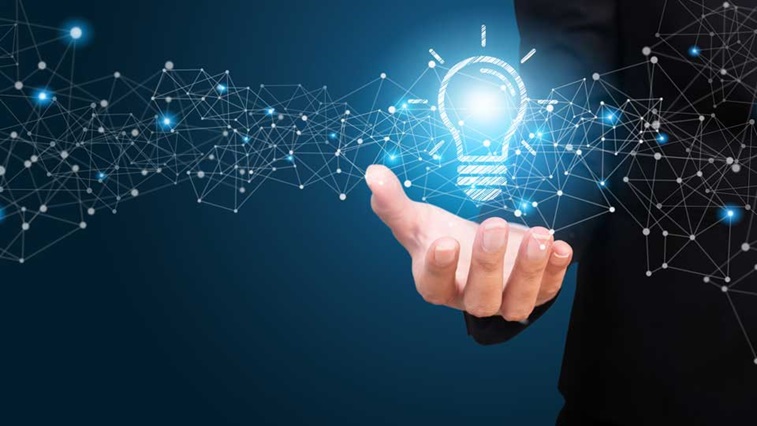 In mid-2018 a group of professionals from across optometry and dispensing optics came together informally to discuss the idea of a new route for students to train to become optometrists and dispensing opticians. The notion that they were discussing was a degree apprenticeship programme that would see students train ‘on the job’ in a practice setting, coupled with university learning.

The group reached out to a number of universities for advice and were signposted to the Institute for Apprenticeships. Consequently, a pan-sector trailblazer group for optometry was established with the mission of making degree apprenticeships for optometry a reality.

Professional learning and development manager at Vision Express, Victoria Unsworth, joined the trailblazer group in February this year and was subsequently elected chair.

The establishment of the trailblazer group is a condition of the Institute of Apprenticeships, who confirmed that the requirements of a degree apprenticeship for optometry did not fit into an existing apprenticeship model and therefore a new model would need to be created.

This process begins with the establishment of a trailblazer group. A minimum of 10 employers are required to officially form a trailblazer group, with a broad representation of the sector also stated. Today, the group consists of representatives from: Asda, Boots Opticians, Specsavers, Vision Express, Optical Express, the Hakim Group, Leightons Opticians, Scrivens, Haine & Smith Opticians, the OutsideClinic, Thompson Opticians and Moorfields Eye Hospital.

A number of universities including Aston, Bradford, City, Hertfordshire, Huddersfield and Plymouth are also represented.

Commenting on the importance of having university representation on the trailblazer group, Ms Unsworth told OT: “The final part of the development of the apprenticeship programme will be an end point assessment plan, which is the final examination that apprentices will have to pass in order to qualify. That is where we really need universities to help us as they are the people who currently train optometrists and are very good at it. We will need their expertise to make sure that we deliver the right programme for students and businesses.”

I can reassure people that this will not be an easy route to becoming an optometrist. Yes, it is a different way to learn, but students will have to work really hard

Speaking about the creation of the degree apprenticeship, Ms Unsworth explained that there are three clear steps to establishing the programme which can be broken down into the occupational proposal, the occupational standards and the end point assessment.

The group has reached stage three in the process and is currently writing the standards for which apprentices will be required to meet through their training.

Acknowledging comments that Ms Unsworth has heard about the establishment of an apprenticeship route into optometry potentially “dumbing down” the profession, she stressed: “I can reassure people that this will not be an easy route to becoming an optometrist. Yes, it is a different way to learn, but students will have to work really hard.”

Ms Unsworth confirmed that the group has mapped these standards to the current GOC core competencies, rather than wait for the regulator’s Education Strategic Review to be published.

“Indications from the GOC point to the transition period for new standards being introduced as a staged one that will take a couple of years, so we have decided to work to the current ones and revise them when the time comes,” she shared.

Currently the standards that have been mapped by the trailblazer group are out for consultation with the profession until 9 December and Ms Unsworth wholeheartedly encourages everyone to have their say and respond to the consultation.

The trailblazer group has been allowed to decide the length of the consultation period and has opted to consult for six weeks because it wants “as many people in the profession to see and share their feedback as possible,” Ms Unsworth told OT.

“I don’t want people to think that as employers we are trying to push this apprenticeship programme through or hide it. That is not our intention. I want people in the profession to share their feedback so that we can mold and make it into something that is as good as it can be,” she added.

Ms Unsworth confirmed that once the consultation closes the trailblazer group will meet to go through all responses and adapt its standards where necessary before submitting them to the GOC.

The standards must be approved by the GOC for the programme to proceed further, after which the end point assessment will be created.

I don’t want people to think that as employers we are trying to push this apprenticeship programme through or hide it. That is not our intention. I want people in the profession to share their feedback

Ms Unsworth confirmed that the degree apprenticeship for optometry that the trailblazer group aims to create is a four-year course, and, on successful completion of the end point assessment, the student will become a fully-qualified optometrist.

If approved, she hopes that the programme will begin delivery in Autumn 2020. She added that the Institute of Apprenticeships is clear that the businesses represented on the trailblazer group should be prepared to offer the apprenticeship programme.

When questioned about how accessible the apprenticeship programme will be for independents and smaller optical groups to offer, Ms Unsworth said that the aim of the trailblazer group is to create a programme that can be implemented by all optical businesses, large and small if they wish to. “I think that the independent is a really interesting environment for students to work and learn in. We don’t want to develop a programme that is too onerous for independents to use and that is why we have such a broad representation on our trailblazer group,” she said.

Ms Unsworth emphasised that the way in which students attend university has changed vastly over the last decade and the profession requires an alternative way forward in order to attract the next generation of optometrists. “Students are very much commuter students nowadays, opting to study and stay close to home during their university years. I do not think it’s right for a person’s geographical location to dictate their access to a profession,” she said.

In working with universities on the trailblazer group, Ms Unsworth has learned that many institutions have plans to ensure that 20% of its courses are degree apprenticeship programmes within the next five years. “If we don’t keep driving this forward, we will end up missing out on students who will enter other professions as optometry doesn’t offer this option,” she said.

Ms Unsworth said that she is not naïve enough to think that if the apprenticeship route is approved, everyone will sign up to study in this manner. She does not see it as a replacement to the traditional university route, but an alternative option that can aid the profession in recruiting high caliber students.

“We see it as a slow burner and it will take time for people to get used to this option, but what is the alternative; start opening universities in every corner of the UK in order to meet the demands of the changing way that students are choosing to study nowadays?”

To have your say and respond to the consultation, click here. You can also share your views on the AOP community forums.