From A to Optometry

A desire to be better

First year optometry student at the University of the West of England (UWE) and AOP student rep, Khambreal Garland, speaks to OT  about wanting to improve eye care in his hometown 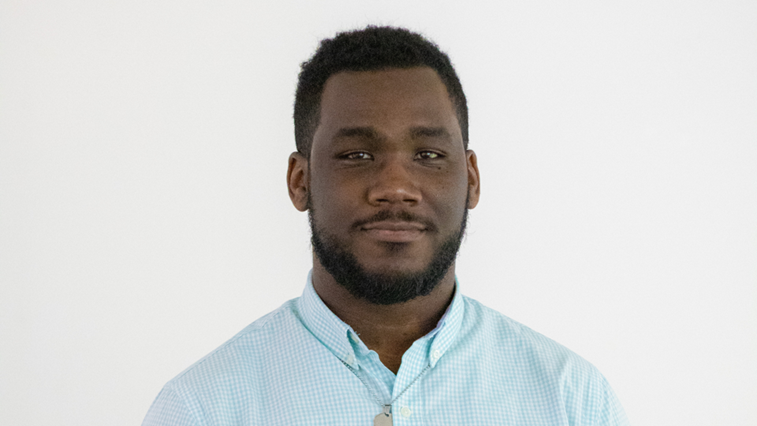 When did you first become aware of optometry?

I became aware of the profession in my last year of primary school when we were given information about different career choices.

Why did you decide to pursue a career in optometry?

I desire a career as an optometrist because I feel that we lack a sufficient ocular health system in my hometown. I have always had a desire to be better, so I can in turn do better for my people. While growing up in the Turks and Caicos Islands, I became aware of a few cases where people were declared blind due to cataracts, which can be reversed by providing adequate information and a recommendation for cataract surgery.

Who influenced you to go into optometry?

I was mostly influenced by my mum, who has always pushed me to dream big and work hard at it. When I came home that day from primary school after learning about optometry, I was over excited. She was really happy and sat down with me and encouraged me to look into the career further.

What are your career goals?

Currently I am considering a wide variety of options, from the further qualifications to becoming a practice owner, or maybe even a lecturer.

I have always had a desire to be better, so I can in turn do better for my people

What are the challenges of your university course?

The main challenge of the course currently is time management. This is only because it’s still a very new thing for me as I’m only in my first year of the course and I also work weekends at a local practice.

What are your expectations of the pre-reg year?

I am very excited for my pre-reg year as that’s where I feel I will gain most of my confidence. I haven’t started any preparations yet, but I have a few offers on the table.

What have you learned from your in practice experiences so far?

At UWE we’ve done two weeks of placements. Our first week was directed at lenses and dispensing during which we learnt the basics of dispensing. Our second week was focused on clinical practice where we learnt a bit more about the tests and screenings that are involved in an eye test.

More From A to Optometry