A role of variety

Optometrist Roshni Kanabar has joined the AOP’s clinical and regulatory team as interim clinical adviser. She shares insight into her career journey with OT 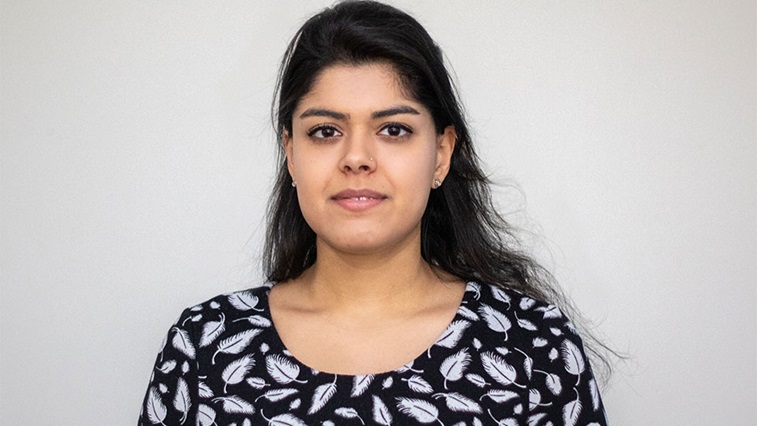 As a teenager I excelled in science and took A-levels in biology, chemistry and physics. While I knew I wanted a career that utilised the sciences, I also wanted a ‘clean’ career and therefore training to be doctor, for example, didn’t appeal to me.

My mum is a dispensing optician and arranged a work placement for me at the practice where she worked. I really enjoyed the experience.

I embarked on a career in optometry because it would allow me to work with the public and make a positive difference to people’s lives by providing them with glasses.

Glasses may seem like such a simple solution, but it can make such a big difference to someone.

I completed my pre-reg with Boots Opticians before qualifying in 2013. As a newly-qualified optometrist I stayed with Boots and was thrown straight in the deep end as a mobile optometrist.

Being a mobile optometrist involved practising at a base practice between one and two days a week, with the rest of my time spent at any practice across central London, Middlesex and Hertfordshire when I was needed. I found this a very stressful and daunting first job, but when I look back, I see how it provided me with a lot of confidence and made me a better optometrist.

Although it is unusual for someone so newly-qualified to have this role, I really enjoyed the experience of sharing my knowledge and supporting someone.

When I became a resident optometrist at a Boots Opticians branch, I thrived on the opportunity that it gave me to really get to know my patients.

I was one of two full-time optometrists and was able to be part of the practice’s leadership team, enabling me to share input with managers about how things were run. I also gained a lot of experience in contact lenses, helping the store build up its contact lens database.

Locuming afforded me flexibility, as well as the opportunity to see other practices and encounter different types of patients who would be few and far between in central London

Up until this point, my experience in optics had been limited to Boots Opticians and ultimately, after 18 months, I wanted to see how other practices operated so I went part-time and began to locum.

Locuming offered me flexibility, as well as the opportunity to see other practices and encounter different types of patients who would be few and far between in central London, such as the very young and the elderly. After three months, I liked locuming so much that I handed in my notice and became a full-time locum.

I have worked for most companies – Tesco, Costco, Boots Opticians, Specsavers, Vision Express – I have tried them all.

Last year I started working at Paul Adler Optometrists, through recommendation from a friend. It is an independent opticians, with two branches, that specialises in behavioral optometry, visual stress, binocular vision anomalies and orthokeratology. I have become very interested in this area of optometry and will train in behavioural optometry in the near future.

A career highlight for me is the one day a week that I spend as a clinical tutor at City, University of London supervising third year students who are seeing patients for the first time.

Teaching allows me to share my knowledge with others and I am very enthusiastic and passionate about explaining things to students in an easily accessible and understandable way. I got into teaching after going on a Vision Aid Overseas teaching and outreach assignment to Ghana, during which I helped train fifth and sixth year optometry students at the University of Cape Coast. We then took the students with us on an outreach trip and they did the testing while I supervised.

I have just started a new position as interim clinical adviser at the AOP, where I work Wednesdays and Thursdays.

This role is very different to any that I have done before. I am a very thorough and analytical person and look forward to supporting AOP members with advice on a range of clinical areas.

The most rewarding aspect of being an optometrist is being able to share my knowledge with others.

I also like being able to help improve people’s lives by helping them achieve good vision and appreciate the feedback you receive from patients when you make a difference.

I would probably have been a graphic designer as I enjoy design and all things arty/crafty. I have a massive arts/craft hobby, which I have recently turned into a side business.