Senior research optometrist at the Brien Holden Vision Institute, Jennifer Sha, shares her journey from High Street optometry into research, which has seen her work on a trial for a contact lens to slow myopia progression 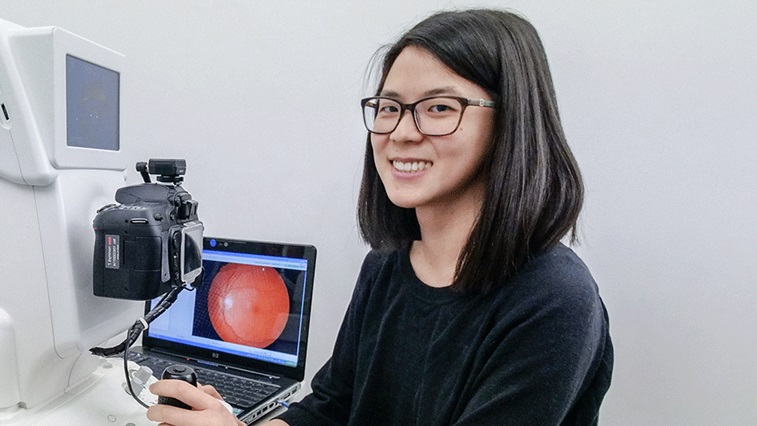 I was diagnosed with myopia and prescribed my first pair of glasses when I was around nine years old.

Not surprisingly, I dreaded my annual eye check-ups as my script seemed to increase every time. To make matters worse, when I was around 12 years old, my optometrist picked up that my eye pressures were on the high side and performed what I now know was Perkins tonometry. It traumatised me at the time, but I can laugh about it now of course – and don’t worry, I don’t have glaucoma.

I didn’t decide on studying optometry until fairly late on – it was during my final year of school.

I realised that optometry was a rewarding and flexible career option and, of course, I had personal interest in it due to my above childhood experiences.

After graduating from the University of New South Wales in Sydney, Australia, I joined a corporate optometry practice in Canberra.

It was my first time living on my own, which came with its own challenges. However, professionally, I definitely learnt a great deal at this practice. Elderly patients made up a large portion of the demographic, so I was able to see some interesting pathologies.

Over time, I started feeling unfulfilled with the retail side of my role.

I had been in corporate practice for around a year and a half when I saw an opportunity at the Brien Holden Vision Institute, which was located back in Sydney. Securing the position, I started out as a research optometrist, assisting with data collection for clinical trials. After around a year, I was able to start leading trials as a principal investigator.

In my job, I love working with extraordinarily talented scientists who think of amazing, new ideas and I get to help these ideas along their journey to become reality.

It’s exciting to know that these ideas have the potential to help people in a new way, especially with something as important as myopia in children, which we know is becoming a major issue worldwide.

Seeing my name and work appear in published journals is a definite career highlight and it’s a great feeling to know that I’m contributing to the scientific literature.

Furthermore, I’ve been able to travel to two international conferences in recent years to present some of our work – I went to the British Contact Lens Association’s conference in 2015 and ARVO in 2018. They were amazing experiences where I was also able to learn about some of the latest research in optometry and to put faces to names that I had been reading about. I’m hoping to attend many more conferences in the future.

During my career to date, I haven’t experienced any setbacks as such, but something I found quite challenging at first was writing scientific papers.

There is definitely a technique to it and I’ve had to build up my technical writing skills along the way. Part of that is also dealing with statistics, which is something probably most optometrists, including myself, had forgotten about since university. I went on a couple of short courses that helped me with these aspects and feel more confident about it now.

In terms of next steps in my career, I’ll be continuing to run clinical trials.

My next major project is likely to involve new contact lens designs for presbyopia. I plan to also focus on publishing more of our research.

If you asked me this when I was in high school, I’d probably have said that I would have been a pharmacist because I was interested in health professions generally. However, now I would say that if I was not an optometrist, I’d like to spend my time helping rescued greyhounds. I have a newfound passion for them since adopting a gorgeous greyhound a year ago.