Specialist optometrist, Amy Unwin, on how a pair of Harry Potter frames helped change her perception of glasses and set her on the magical path to optometry and beyond

Most people are introduced to optometry either through a personal experience or by a family member, and I was no different.

My mum is an optometrist. I saw her with an amazing career in an independent practice. My first experience of optometry was going into work with my mum for my routine eye test.

I used to find this annual visit so much fun until one day, around the age of six, my mum told me that I needed glasses. I was not particularly best pleased by the idea, but what changed my mind at that young age was a range of Harry Potter glasses that the practice stocked. When you breathed on the lens, the signature Harry Potter scar appeared – I still have them now.

There was a moment as a teenager at college when I was deciding what I wanted to do that I was not 100% sure that optometry was for me.

I hesitated because I didn’t want to be locked in a dark room all day testing eyes. However, I went into the hospital setting to see how optometry worked there and learned that it was not just simply about being in a dark room, which is how I perceived optometry at the time.

There was a moment as a teenager at college when I was deciding what I wanted to do that I was not 100% sure that optometry was for me. I hesitated because I didn’t want to be locked in a dark room all day testing eyes

I was lucky enough to secure a pre-reg placement at Moorfields Eye Hospital, where I remained after I qualified. However, I felt it was important to keep up my experience in the High Street setting so I locumed a little as well.

I found myself particularly interested in paediatric optometry and when a position came up at Great Ormond Street Hospital, I jumped at the chance. I ended up working at the hospital for a year full-time, which was an incredibly irreplaceable experience.

I took a 12-month career break in 2017–2018 in order to travel. It was something that I had always wanted to do, but I wanted to complete my education and gain some work experience before doing so.

I travelled through South America and across to South East Asia and really got to witness the wonders of the world. I also spent last winter in Canada skiing and outback training. Returning to practice was initially daunting, but after I had seen my first patient I realised that I hadn’t forgotten anything and it was all still ingrained. 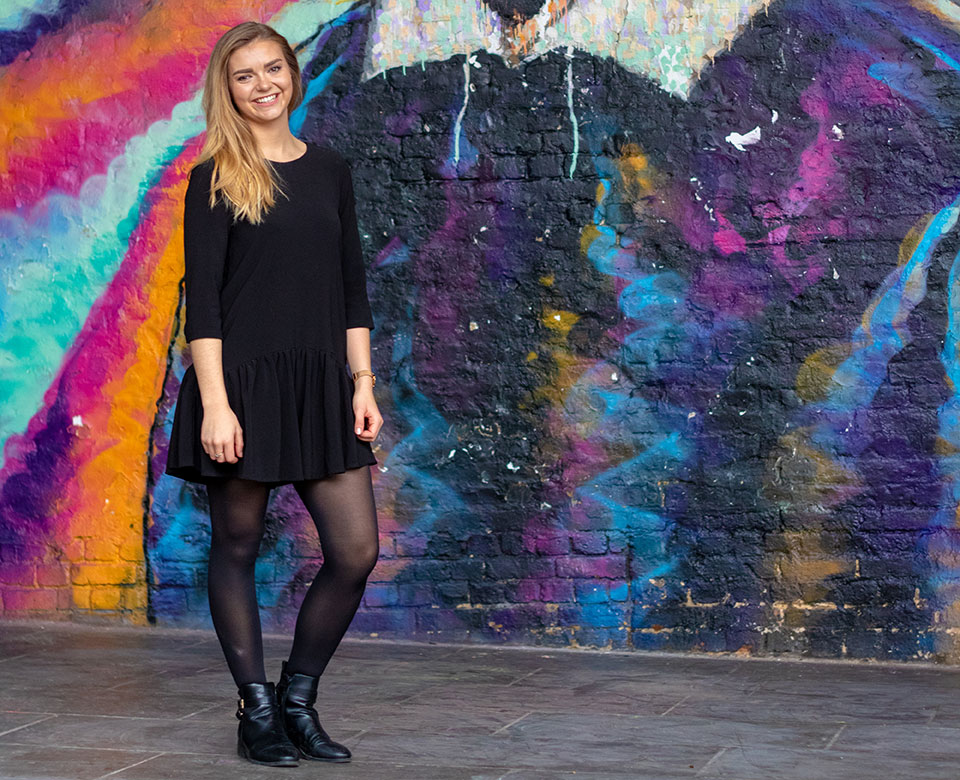 Since returning to practice I am more determined and ambitious to make my career what I want it to be. Today I work full-time at Moorfields Eye Hospital and locum at Cubitts.

Cubitts is a very special independent where everything is bespoke – it is completely different to the work that I do with the NHS. Alongside my optometry career, I also run my own business. The company is called Arbonne, which is a business with a social marketing set up. It produces sustainable, ethical health and beauty products, and, as an independent consultant, it is like having your own franchise, without the hassle of starting your own business. It is entirely effort based and is with a company whose ethos and brand I believe in.

The most rewarding aspect of my job is helping people and making an impact on their lives.

Optometry can become a little routine sometimes for some people and it is important to remember that what we are doing can change a patient’s life. Fitting a specialist contact lens on a scarred eye, for example, can give a patient their vision back. Seeing the smile on people’s faces and how genuinely appreciative they are of what you are doing is very rewarding.

In terms of setbacks, I failed one section of my pre-reg assessment and at the time it felt like the end of the world.

As a student I had graduated with really high marks, and during my pre-reg I was told that I was doing well, so when I failed, I questioned whether optometry was for me. However, it’s not in my nature to give up and the only way to truly fail anything is to quit. On reflection, nerves simply got the better of me and I learned from that.

A career highlight that is one of my fondest is working at Great Ormond Street over the Christmas period.

It was really magical. From the doctors, optometrists, receptionists and volunteers, everyone put in that extra effort to make the experience as special as possible for the children and their parents. It really put everything into perspective.

Having returned from travelling and resettled into work, I have ensured that I have a healthy balance between the hospital and High Street setting, with my own business too – this is the next step for me.

I am working towards my independent prescribing qualification, which will give me more clinical freedom. At the moment I feel that I am building, and in the next five years I would like to be a paediatric specialist and helping to train and supervise others to become the same.

I am really happy with optometry; it is everything and more than I expected it to be. In another life, perhaps I would have been a ski instructor – I love wrapping up in the winter, being active and being outside.