Optometrist and head of clinical optometry for Specsavers, Adam Wannell, discusses his ever-evolving career journey and the importance of EOS

As a teenager deciding on my A Levels, I didn’t really have a clue what I wanted to do long-term.

Therefore, I simply picked subjects that I enjoyed. As I progressed through my studies and the topic of university arose, I begun to focus my mind on the future more and started to explore what I might want to do. This exploration led to work experience at Stoke Mandeville Hospital, which opened the world up to me – I had the opportunity to shadow an array of medical professionals, including optometrists, and eyes seemed particularly interesting.

After I qualified, I worked for a couple of years to get some experience under my belt and then went traveling around the world for a year.

At that point I was slightly disillusioned with optics as there was not an obvious career path. In those days, optometrists were mainly in High Street practice, with a few in hospitals. There was not the huge breadth of opportunities that there are today. I told myself that when I returned to the UK I would be more proactive in asking to get involved in more things.

On my return I settled in Bristol and essentially the journey has been fantastic since then.

I got involved in tutoring on the pre-registration scheme, which led me to get involved with third year supervision at Cardiff University. Once I began to get engaged with additional aspects of optometry and be more proactive, doors started opening and one thing led to another.

The way I look at optics is that refraction and an eye examinations are our bread and butter, which I still enjoy doing after 20 years, but then there is everything else. As I yearned to learn more, I realised that there were two particular aspects of optometry that really floated my boat – the clinical aspects of optometry and the educational side.

I knew that the best way to open up opportunities was to get myself more educated so I completed a Masters in clinical optometry at City University, London and later joined Bristol Eye Hospital. During this time I also locumed, but found it increasingly frustrating as I could not put the skills that I was learning in the hospital setting into use in practice because of the confines of a routine eye test.

When I spotted an advert in OT for a head of enhanced optical services (EOS) with Specsavers, I read it and thought it mirrored my view of what I thought optometry could and should be on a nationwide scale and decided to apply.

I’ve been so impressed with the way Specsavers has approached this topic. It has stood up and said, ‘we can do this.’ For too long optics has been moaning about the eye test and what can and can’t be done as part of GOS, but it did not come up with a way of solving that problem. I think this does that. 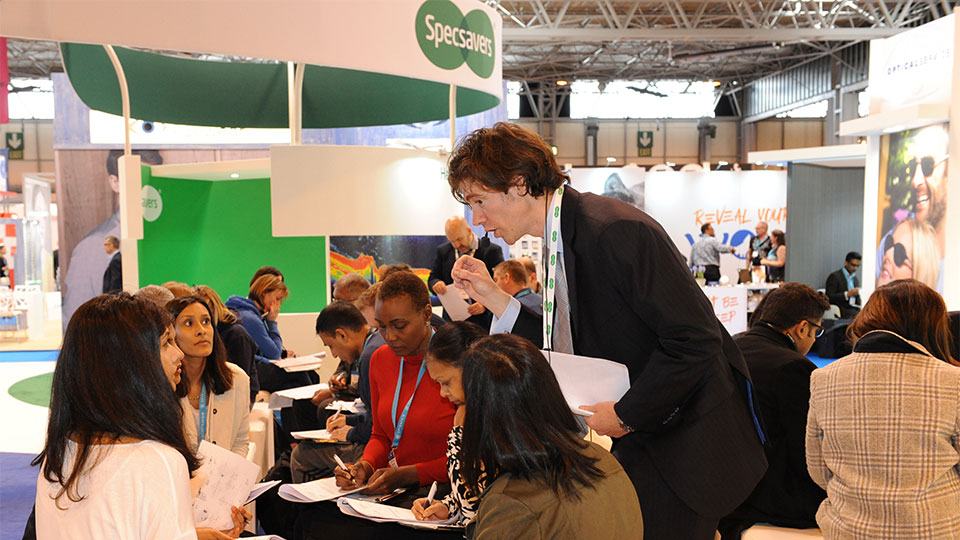 Since joining Specsavers as a head of EOS, my role has shifted and I am now head of clinical optometry.

We simply found that my original role of EOS was too all encompassing, and my role has therefore become slightly more specialised. My focus is on developing the relationship between the optometrist and the ophthalmologist and encouraging them to work closer together to leverage the clinical skills, experience and learnings of the optometrist. I firmly believe that optometrists have the potential to have a much greater role in the detection and management of eye disease, ensuring specialist eye care is more accessible for patients together with making the role of the optometrist more interesting.

I have two career highlights.

The first is achieving a distinction in my MSc because it was so hard – I had no financial or professional support and I was working full-time. It was achieved all off my own back, which made it even more satisfying. The other would be completely changing my career path from being a practice owner, WOPEC module leader and as a medical optometrist at Bristol Eye Hospital, to changing hats and joining Specsavers. It was a slight leap of faith as the role didn’t really exist, but I knew that we had a shared belief about the direction of the profession and it was definitely the right thing to do.

The fact that my role is challenging and I continue to learn new things is what makes it so rewarding.

I have a need to learn new things and that has always driven me, both inside and outside of optometry. The key is that I can share my passion for optometry and what I believe we should and could be doing, on a wider platform. My role with Specsavers is still so young and so new that it is a case of solidifying what we do and building on the foundation that EOS has created. There are so many opportunities for us to be had.

I grew up watching David Attenborough documentaries and I still find it absolutely fascinating finding out about animals and insects and the nature around us. Therefore, I think my plan B would be a zoologist or a marine biologist.