Optometrist, Sukhpreet Brom, shares insight into his role as a locum in prisons across Birmingham 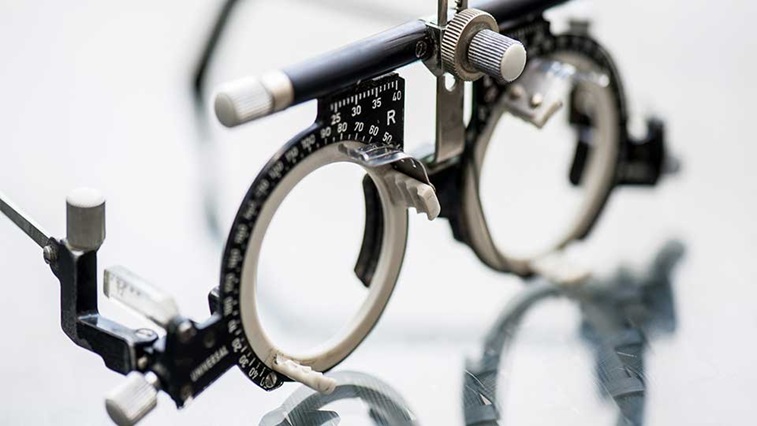 Around the age of 14 I was told that I was short-sighted, but I was one of the types of kids who didn’t want to wear glasses.

I dreaded wearing glasses at school and as a result I simply didn’t wear them. Slowly, my sight began to deteriorate further and I struggled with not being able to see the board or the clock on the wall. Yet still I persevered until, at the age of 16, a friend of mine begun wearing contact lenses and I thought ‘if he could have them why couldn’t I?’

I went in to Specsavers, tried contact lenses and it was a life changing revelation for me. I felt like my eyesight had been restored.

Since then I have always worn contact lenses – it left a massive impression on my life, the difference that vision correction can make.

I didn’t initially realise that optics was the route for me.

I initially applied for pharmacy, but missed out of my place by one grade. After going through clearing and enrolling to study civil engineering, an unplanned gap year followed when I decided after a few months that it wasn’t for me.

During my gap year I got a job as an optical assistant at a local Specsavers.

While I was sitting at home deciding what to do, my dad saw a job advert in the local paper and said why don't I go for this. I didn't think that I would have a chance because I thought I would need experience, but I applied nonetheless and got an interview. I got offered the job the next day and worked there for a year full-time – that was my biggest turning point towards optometry as a career option.

During that year I re-sat my A Level exam in order to get the grade that would allow me to embark on pharmacy. I applied for both optometry and pharmacy the following year. Ultimately, after achieving my grades, I had a decision to make and I opted for optometry.

My pre-reg year was really interesting, I enjoyed it so much. I had five supervisors. My main supervisor had been responsible for around 30 pre-regs already and was a fantastic optometrist and role model. I passed everything first time.

While the plan had been to stay with my pre-reg employer, there wasn’t a position available when I qualified. Coinciding with qualifying, an optometrist friend who I knew from my time as an optical assistant was opening his own practice and asked me to locum. After three months of lots of long shifts, I got my foot in the door, networked and people began contacting me for shifts – I worked at a number of multiples and independents in the area.

Locuming as a newly-qualified optometrist was the best thing that I ever did.

The flexibility it offered, the experiences that I had, the people I met and the contacts I made eventually led me to Pen Optical.

I initially heard about Pen Optical at the end of 2016. An optometrist peer was a friend of the founder and told me that they were looking for locums who would work in prisons.

No one ever thinks about testing eyes in prisons. I discussed the opportunity with friends and family, some of whom were concerned, but after discussing it through, I decided to go for it.

Prisons are a really different setting to test in.

There are no optical assistants who can carry out pre-screening, for example. But you have the opportunity to practise a lot of the skills that you were trained to do at university that you don’t normally get to do in High Street practice, such as dispensing and retinoscopy. You are very much in control of what you do. It’s your prison and your mini community to look after in terms of their eye care.

Working in the prison setting gives me the opportunity to make a difference.

There is certainly much scope for improvement in terms of clinical standards and I really want to focus on that over the next few years, by striving to give prisoners access to the same standard of eye care that is offered outside in the community. Thousands of people in prisons have the same eye conditions and concerns that we find in the community, so why shouldn’t we be offering them the same level of care?

Each prison has a number of days per month allocated to eye care and you can juggle your days because they are quite flexible with the days that you work. I make a diary one month in advance so it accommodates with any other changing locum shifts that I have.

In terms of my role as an optometrist, once I am testing I quickly forget about the setting – I am in a testing room interacting with patients just like I would any other day. They are a patient not a prisoner when they are in the testing room and that is the way they behave.

"In terms of my role as an optometrist, once I am testing I quickly forget about the setting – I am in a testing room interacting with patients just like I would any other day"

Looking to the future, my immediate focus is on Pen Optical and helping to expand and improve the clinical care available in the prison setting.

I would also like to get involved with the rehabilitation work that it does by helping to train and place prisoners in the optical setting. It’s a massive thing to be able to help change someone’s life and offer them a job opportunity and a way out.

On a personal level, I would like to begin working towards becoming an independent prescriber because I think it will be a useful skill to have in the prison setting. In the long-term, I’d love to have my own little clinically-focused practice one day where I could do one or two days focusing on specialist eye care.

I probably would have been a pharmacist and hated every moment of it. I did work experience in that setting and didn't enjoy it. Maybe then I would have moved into property development.