Optometrist, Gemma Hill, tells OT  about not realising her ambition to become an optometrist until after completing her first degree

While I was studying biological sciences at the University of Edinburgh, I became an optical consultant at a Black & Lizars practice.

The optometrist I worked with was fantastic and she made me realise what a wonderful career it was. Up until that point, I thought I would maybe become a teacher, but after seeing her day-to-day role and the relationships she had with the patients, I knew optometry would suit me better.

I despair thinking about the trouble I must have given my optometrist when I was younger.

I was that child who thinks they can lie their way to getting glasses by making up all the answers. At least in the long run it has made me better at dealing with young malingering patients.

When I began working at an opticians, I thought an optometrist was some sort of doctor.

However, it wasn’t long till I found out enough about the profession to know that I wanted to be part of it. Recently, I had the opportunity to go back to my old school and talk about my career and it was interesting to find out how little is still known about the degree and the day-to-day life of an optometrist.

I decided to become an optometrist because I wasn’t very happy when I worked as an optical consultant.

I’m sure many of us have had that job which doesn’t quite fulfil us and makes us wonder what else is out there. The optometrist at the same store garnered so much respect and always seemed motivated and challenged in her role. She seemed to have everything I was lacking in my job. It took me a while to accept that I would have to go back to university for another four years if I wanted a better career, but once I did I was so excited for the new challenge.

I did a four-week summer placement in a very busy Specsavers practice between my third and fourth year.

It was an eye-opener after previously working in quiet practices. It was invaluable in terms of seeing how efficiently the optometrists, dispensing opticians and optical consultants all worked together.

Originally, I had planned to complete my pre-reg in a hospital, but an independent practice near to where I live decided to take on a pre-reg.

I spoke to one of my lecturers at Glasgow Caledonian University, who had worked there in the past, and he thought the practice would suit me better. It was a fairly busy practice with a lot of interesting cases and a team of very experienced optometrists. I went along to the interview with no real plans of accepting if I was offered the role. However, my interview went so well I felt that the support and experience I would get there would be much better. 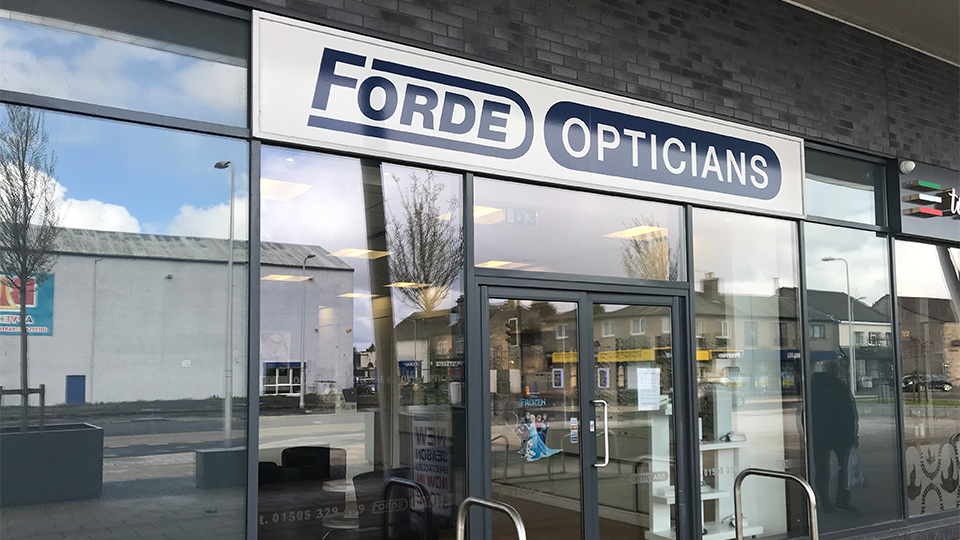 The smaller and more personalised nature of independent practices lends itself to the way I like to practise as an optometrist.

For example, I personally prefer being managed by an optometrist rather than a head office as I always know the patient’s clinical needs will be put first. When there are issues I am able to communicate easily with the business owner and head optometrist to resolve things quickly. In addition, there is a close-knit team of skilled optometrists here who have been wonderful in helping me develop my skills and confidence. They are always happy to discuss cases and co-manage patients, so I feel like I am getting the benefit of peer-discussion on a daily basis.

I have gone from a three-room practice to single testing and I have really benefitted from this.

I feel I have had to make more clinical decisions by myself, whilst knowing that I can phone my colleagues when I am unsure. I have slightly more time with the patients in this practice and I feel I have built up a good rapport with them in the short amount of time I have been here.

When I was in my third year of university I won the AOP Awards Student of the Year accolade and it was such a big deal to me at the time.

I had committed so much time and energy to my course and my charity work the previous year, and it felt wonderful for that to be recognised. But sometimes even the little achievements can feel great. I started my independent prescribing course recently. Although very nervous at the prospect, I managed to carry out a lacrimal syringe on my first attempt and I was delighted, as well as relieved. In the future, I would like to try research and teaching but only if the right PhD comes along.

I would still love to teach and am sure that’s what I would have done if optometry hadn’t been an option.

Gemma Hill is an optometrist at Forde Opticians in Glasgow.