Being a pre-reg supervisor

Optometrist and director of Specsavers in Daventry, Satvinder Soomal, shares with OT  the job satisfaction he receives from being a pre-reg supervisor 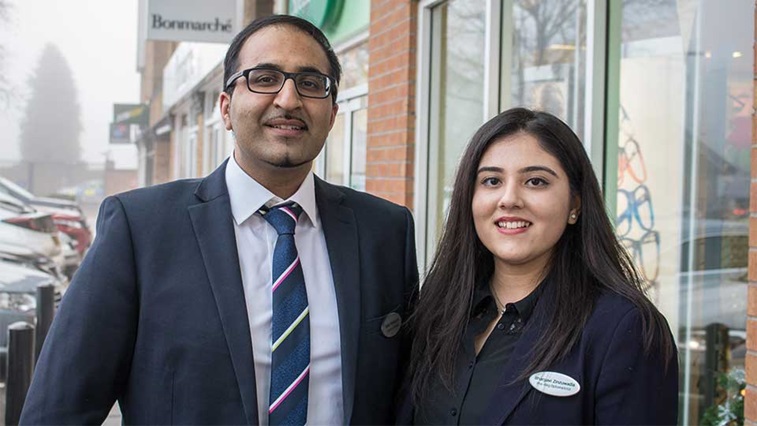 Optometrist Satvinder Soomal joined Specsavers in July 2016 becoming director of its Daventry branch and simultaneously taking up the role of head of enhanced optical services with the multiple.

Prior to qualifying as an optometrist, Mr Soomal was a dispensing optician with further contact lens experience. He went on to study optometry and spent 10 years in an eye hospital environment. His role was varied in enhanced eye care services, from advance contact lens fitting, working in glaucoma, diabetic, general ophthalmology and low vision clinics, to managing an optometry department. Mr Soomal has also previously supervised many pre-reg optometrists and trainee doctors in his former guise.

Entering Specsavers from a background in the hospital sector, Mr Soomal had regularly supervised pre-reg optometrists and trainee doctors in his former guise.

For Mr Soomal, when he took on his first pre-reg student, it was a natural next step in his career and it is something he has enjoyed consistently ever since.

Sharing with OT what being a pre-reg supervisor means to him, Mr Soomal said honestly: “It’s what you make it. It can go beyond training and you can go the extra mile if you wish. I enjoy being able to share my skills and knowledge with the next generation of optometrists.”

Having learnt to adapt his teaching style through experience, Mr Soomal has tried a number of techniques over the years. “Sometimes you can just direct them to a reference book and the power of Google, or you can say this is what the answer is, but I would like you not just to learn it but to understand it as well,” he explains.

However, ultimately it comes down to the same thing the practice director said: “It is all about getting to know your student, what their learning criteria is and how they go about learning.”

"We can all remember being a pre-reg and if you have a barrier up and they can't approach you, that would make things difficult"

Being there for Bhargavi

Currently, Mr Soomal is the principle supervisor of pre-reg student Bhargavi Zinzuwadia who is training at his practice in Daventry.

Relatively new to Specsavers, by his own admission, Mr Soomal was not certain that he would take on a pre-reg optometrist in July last year. However, as “some very impressive” CVs began to arrive and learning about the “fantastic” pre-reg programme that Specsavers supports and delivers, it was hard for Mr Soomal not to.

Speaking about his first meeting with Ms Zinzuwadia, who was one of four candidates that the practice interviewed for a pre-reg position, Mr Soomal said: “She came in, you could see the nerves were there, but it was just an informal chat and it went well. I threw in a few questions to her in order to understand where she was and her responses were really solid. We gave the same questions to each student and she stood out from the crowd.”

For both Mr Soomal and Ms Zinzuwadia, the relationship between the pre-reg and the supervisor was something that they both placed importance on.

“The relationship is critical,” Mr Soomal told OT. “You have to make sure that you are approachable and that there are no barriers there,” he added. “At the end of the day, we can all remember being a pre-reg and if you have a barrier up and they can’t approach you, that would make things difficult.”

Reflecting on his relationship with Ms Zinzuwadia, he shared: “We can have a discussion about a patient without her realising it, it is simply making it into a conversation. But we can also you can have laugh along the way.”

“And when I look at her records, I’m thinking, ‘these look very similar to mine,’ – I can see that she is developing nicely,” he added.

Having supervised a number of pre-regs during his career, Mr Soomal highlighted how important it is to get to know the student.

“Learning about the person that you are working with and making sure that you are approachable and open to changing the way that you direct an informal conversation and can describe a situation in many ways is key,” he said.

More on being a pre-reg