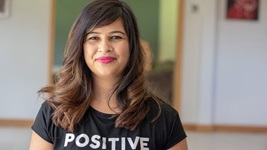 Third-party accommodation at City, University of London and University of Portsmouth use cladding that has come under scrutiny following the Grenfell Tower tragedy 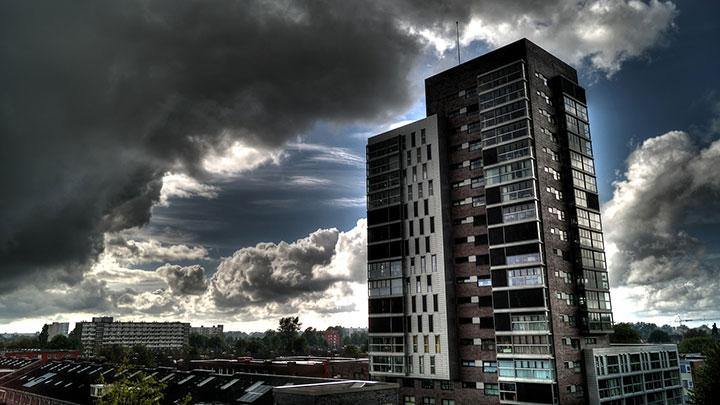 Two UK universities that offer optometry courses have revealed that third-party student accommodation uses aluminium composite material (ACM) cladding – a type of building material that has come under scrutiny in the wake of the Grenfell Tower tragedy.

Both the Greetham Street hall of residence and a Student Housing Company hall of residence at Catherine House in Portsmouth use ACM cladding. Pure City student accommodation in London also incorporates this type of building material.

All higher education institutions were asked by the Higher Education Funding Council for England (HEFCE) to respond to an “urgent request” in July for fire safety information following the Grenfell Tower disaster.

Responses from universities that offer optometry were provided to Optometry Today through a Freedom of Information Act request.

City, University of London confirmed through its response to HEFCE that ACM cladding is used at Pure City – a building that is over 18-metres tall and has a maximum occupancy of 785 beds.

City, University of London has a nomination agreement with Pure City for 196 beds in the block.

The survey response stated: “Pure City has identified that some isolated areas of the building use aluminium panels with a polyethylene insulation core – this is considered a suspect material and will require further investigation as to the actual makeup and if this poses a significant risk to residents.”

A statement provided to OT by City, University of London explained that after the report was submitted to HEFCE, a further planned risk assessment and testing took place.

This assessment determined: “a limited use of small pieces of cladding in isolated parts of the building presents a very low risk to residents’ safety.”

The statement continued: “This is due to the fact that the cladding is generally fixed to a concrete backing, which is a very fire resistant material, and is complemented by existing fire safety measures in place. Given that this does not represent a high risk, London Fire Brigade will attend in due course to assess whether any further measures are necessary.”

Pure City, which is managed by CRM Students Limited, has an “L1” fire alarm system – which provides the highest level of detection for the earliest possible warning of fire.

Fire marshal trained staff are on-site 24-hours a day and all new residents take part in a fire drill.

A university spokesperson told OT that the tertiary institution had been in close contact with accommodation providers on the issue and has kept students informed through an email.

The University of Portsmouth also confirmed through the HEFCE survey that third-party accommodation provided by Unite Students and The Student Housing Company contains ACM cladding.

A statement provided to OT by the University of Portsmouth said the Greetham Street hall of residence opened last September and was built to the highest specifications. It has a maximum occupancy of 836 beds.

“Its design incorporates a comprehensive fire safety strategy with a range of measures, including a sprinkler system, fire alarms and a riser system for use by the fire service. These are all supported by an emergency backup power supply and subject to regular periodic testing. Letters have been sent to students, including those taking residence in September, informing them of the extensive fire safety measures in place,” the university spokesperson highlighted.

Unite has also assured the university that the fire safety systems in place at James Watson, Trafalgar and Margaret Rule halls are robust. None of these halls of residence use ACM cladding.

A Unite Students spokesperson said: “We have worked extensively with independent party fire experts and Hampshire Fire and Rescue Service and they have confirmed that Greetham Street is suitable for occupation from the start of the 2017/2018 academic year.

“Like all of Unite Students’s properties, we have robust fire safety systems in place and all equipment and procedures in Greetham Street are subject to rigorous and regular testing.

“We continue to work closely with University of Portsmouth to provide safe, secure and comfortable homes for their students.”

University of Portsmouth also revealed in its HEFCE response that a Student Housing Company property at Catherine House, Portsmouth that will be in operation by September this year uses ACM cladding.

A university spokesperson said: “The building has been designed and constructed in compliance with building regulations and other statutory and regulatory requirements. There is no plan to remove or amend the cladding system installed.”

The cladding system had passed tests by the manufacturer and a recent central government check, the spokesperson emphasised.

“The residence has an L1 fire alarm system, the highest standard of fire alarm system available, fitted and maintained throughout. The system is remotely monitored and programmed to evacuate the building on confirmation of a fire. The corridors in Catherine House have mechanical smoke extraction and the building is fitted with a sprinkler system,” the university’s statement concluded.