With students placing location top of their priority list when searching for a pre-reg, OT  speaks to multiples about the benefits of looking further afield

When optometry undergraduates begin searching for a pre-reg placement ahead of the final hurdle to qualification the priority they place on the company they work for, the type of practice they work in and the optometrist that supervises them can fall behind a desire to find the “right” location. For many, the right location is a practice close to home or within the city that they attended university.

The strong role that location is playing for students when looking for a pre-reg placement means that multiples can struggle to fill vacancies in practices that are further afield. It also means that many students are leaving it until late in their undergraduate studies to accept a placement, turning down offers they consider not to be in the right location.

Acknowledging these difficulties, Vision Express’ learning and development manager, Neil Retallic (pictured), told OT: “It can be challenging to recruit in certain areas of the country because of availability and the location of specialist universities. We have also observed that most students’ first preference are locations close to optometry universities and their hometowns. This means the competition for these positions is a lot higher than that for locations further afield.”

While Mr Retallic advises those keen to secure an “in demand” city centre location to ensure that their CV and interview makes them stand out, he stresses that it is important for students to consider being flexible on location from the offset.

There are many advantages to a pre-reg placement outside of a large city or university town, and multiples are increasingly incentivising the move for the right candidates.

"You must think about what is going to make you the best optometrist, what is most convenient for you at that time – trust me, when you are working full-time and preparing for assessments, going out socialising will be the last thing on your mind”

“We provide guidance and support to all pre-reg trainees when it comes to relocation, especially when they are moving somewhere that is far from home or more remote,” Mr Retallic told OT. This support, the optometrist says, can range from store teams providing advice on the area and helping pre-regs find accommodation, to “attractive supplements and incentives” for the right person in key locations, he shared.

Providing incentives and support to pre-regs moving to a new area is also something Specsavers is focusing on – its newly-established relationship with third-party company ProTenant, which helps pre-regs find accommodation in unfamiliar areas, is just one of them.

Incentives aside, there are also clinical advantages to completing a pre-reg further afield, as Mr Retallic emphasised: “These stores often have a very loyal and diverse range of customers, which means pre-regs are able to obtain the relevant experience they need to complete the scheme much faster and to become well-rounded newly-qualified optometrists.”

Located in a small town in North Devon, director of Specsavers’ Barnstaple practice, Emily Waters (pictured below) reiterated this and highlighted the career progression opportunities that also come with placements in more rural stores. “There are more opportunities for career progression in remoter areas and we actively open up these avenues for our pre-regs come newly-qualified optometrists; it is a progression that would not be available so immediately for those in city stores.” she said.

However, for both Ms Walters and Mr Retallic, the most important thing that students should consider when searching for a pre-reg is the supervisor who will guide them through to qualification.

“There is a better quality of guidance and supervision available to pre-regs in a slower paced environment and they have a lot more opportunity to learn from the diverse patient base that they get to see,” Ms Walters said. “Supervisors and store teams in locations that are harder to reach are often highly experienced with the pre-reg programme and have excellent track records with helping trainees pass first time,” Mr Retallic added. 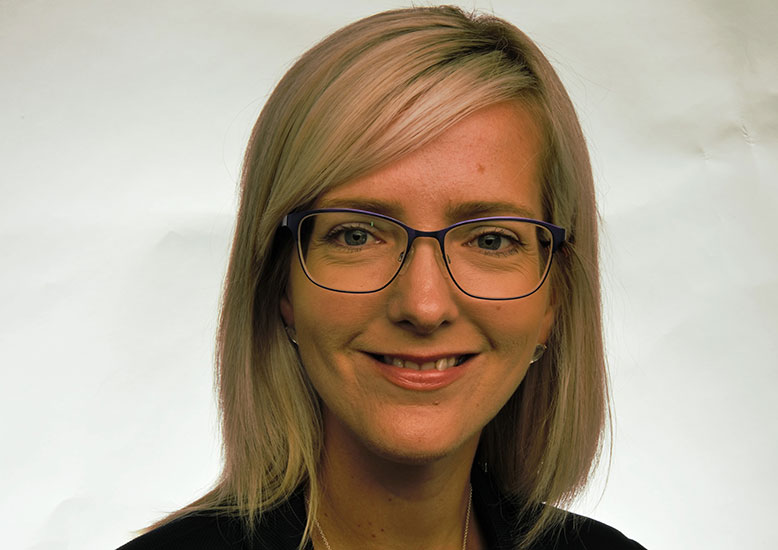 While Ms Walters’ store takes on at least one pre-reg annually, she has long struggled with the recruitment of that candidate.

“Based in the West Country where is it notoriously hard to get ophthalmic cover anyway due to low supply, it has also always been difficult to attract pre-regs,” she explained.

“Students like the hustle and bustle of city life and by the time they apply for their pre-reg they are used to where they are based for university. I think they like to stay concentrated around where they studied because it is familiar,” she added.

On a drive to change this, last year Ms Walters took part in a pre-reg undergraduate event at Birmingham’s ICC that promoted Barnstaple – both the store and the area – and raised awareness of all of the different locations that Specsavers offers.

While the conference had positive outcomes, students’ hesitations about uprooting to unfamiliar surroundings on their own is a large barrier. “Taking on two pre-regs together, as well as partnering with other nearby Specsavers’ to offer placements close by has proven successful,” she said.

Using this approach successfully attracted newly-qualified optometrist Hannow Mahmood, who relocated to Barnstaple with a friend for her pre-reg year and remains in the coastal town two years later.

Sharing insight into her experiences when searching for a pre-reg placement, Ms Mahmood admitted to OT: “When I initially began applying for pre-reg placements, it was all about location – I wanted to either stay in Bradford where I studied or move home to my family in Birmingham, it wasn't even about the company at first.”

Expanding on this desire, Ms Mahmood explained that having spent three years at university, socialising regularly, and with friends always close by, the thought of being in an unfamiliar area on her own was daunting. “I thought it would be really difficult,” she said.

However, unsuccessful in securing a pre-reg in her first-choice locations, Ms Mahmood paired up with a friend and applied to practices offering two vacancies, accepting a placement with Specsavers Barnstaple after she and her friend were successful.

“While location was a priority for me, it wasn’t that I didn’t want to move a short distance, I was particularly nervous about moving far away on my own,” she said.

And as her placement start date approached, Ms Mahmood recalled: “Once I knew I wasn't going to be alone, it was actually exciting – the pre-reg is a really exciting time, a time where you learn so much and moving to Barnstaple, which is a very clinically-minded store, allowed me to advance more quickly professionally.”

When talking about her choice of pre-reg now, Ms Mahmood has only positive memories of relocating. “The store supported me every step of the way through my pre-reg – I had a really good relationship with my supervisor and felt so comfortable that I could ask him anything.”

"A pre-reg position further away from where you live inititally takes you out of your comfort zone, but in the end it pushes you to work with people and meet a diverse range of customers, including those with ocular pathology that you may not experience as often in a city centre"

The rural location also meant that Ms Mahmood had the opportunity to see a range of pathology and gain a clinical experience that she says she realises now she would not have had in a city centre store with a large patient turnover.

“The pathology that I saw was wide-reaching and I felt that every day I had the opportunity to learn and put the theory into practice that I had learnt at university,” she said.

Now qualified, Ms Mahmood has remained in Barnstaple due to the opportunities that are available to her. “I am given free rein to an extent – if I want to focus on contact lenses, talk about merchandising or run a team training session, I can – I am able to put back into the team and feel like a really valued member of staff.”

Two years into her career, Ms Mahmood is an ambassador for Specsavers’ Career with a Programme and is also on its Pathway programme that prepares practitioners for joint venture partnership.

Reflecting on her re-location, Ms Mahmood confirmed without hesitation: “If I was in the same position again, location would certainly not play a part in my decision because what I have gained in Barnstaple in terms of good supervision has shaped me as a professional.”

“A year can sound like a long time, but it goes so quickly. You must think about what is going to make you the best optometrist, not what is most convenient for you at that time – trust me, when you are working full-time and preparing for assessments, going out socialising will be the last thing on your mind,” she concluded. 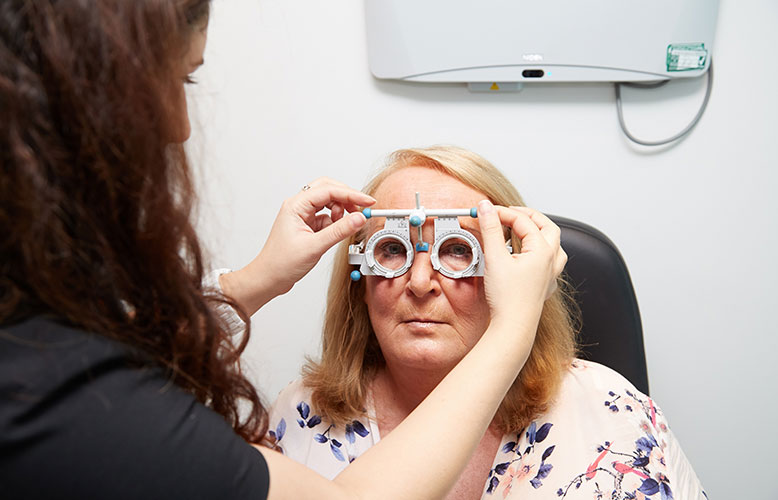 Relocation, all be it unexpectedly, was also a positive experience for Abbi Sklarsky, who has just finished her pre-reg at Vision Express.

Having worked as an optical assistant in Vision Express’ Oxford Street store during her university years, when it came to applying for a pre-reg, no option came close to the flagship store.

Ms Sklarsky explained: “I already had three years’ experience with the store and I loved the customers and the store team, as well as the overall buzz and atmosphere – I knew straight away that I wanted to continue my training with them.”

However, when Ms Sklarsky’s soon-to-be supervisor transferred to a newly-opened branch in Oxford, she had a difficult decision to make. Should she stay in her preferred location in a city where she had friends, or move to an unfamiliar area to complete her pre-reg with a supervisor she already knew and worked well with?

Understanding the importance of having the ‘right’ supervisor, Ms Sklarsky moved and does not have any regrets. “Yes, the concept of having a pre-reg position further away from where you live initially takes you out of your comfort zone, but in the end it pushes you to work with people and meet a diverse range of customers, including those with ocular pathology that you may not experience as often in a city centre,” she shared.

Encouraging others to consider relocation, Ms Sklarsky said: “What seems like a scary and difficult decision at first will actually make you a better optometrist and give you invaluable skills that you’ll always remember. I would tell my younger peers that it is important to be open and flexible, push your boundaries and consider alternative locations.”