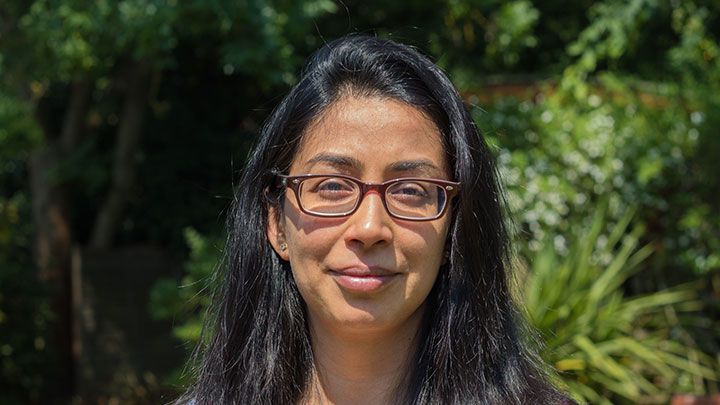 I first became aware of optometry when I started wearing glasses at the age of eight. I was short-sighted from a young age, a condition that was detected through a school screening programme in Nairobi, during which an ophthalmologist visited my school to perform sight tests.

Optometry wasn’t my first choice when I was exploring my career options. However, I had cousins who had studied optometry and spoke about both the flexibility and the availability of the job at the end of it. While those ended up being the principal reasons for my career choice, I was already aware of what the role of an optometrist was.

During these trips, questions about whether it was really beneficial to run eye camps and if we were creating a culture of dependency begun to cross my mind, as did questions around why there is not any provision of basic eye care in parts of Kenya.

In order to deepen my understanding of the development of optometry, I enrolled on a Masters module on development management through the Open University. Coinciding with this, I was exposed to the world of research for the first time during a UNESCO-sponsored project training teachers and nurses to screen children’s vision in Nicaragua, South America.

Initially, I just wanted to work in the field and had no intention of pursuing a PhD. However, after doing some work in Guyana, I was introduced to Professors Kovin Naidoo and James Loughman. At the time Professor Loughman was leading the Mozambique Eye Care Project, which was founded in 2009 to train eye care professionals, and help make eye care accessible and affordable in the country. I was offered a PhD studentship with the project, which I embarked on in 2011. It was funded in collaboration between the Dublin Institute of Technology and the Brien Holden Vision Institute, and Professors Loughman and Naidoo were my supervisors.

My PhD investigated the existing provision of eye care services in Mozambique, as well as what competencies were required from ophthalmic technicians and optometrists when they graduated that would allow them to work within a nationally-recognised care system. Through this research, I developed a competency framework which was presented to the university and the Ministry of Health, who are now working to formalise it. Graduates based across the country are also using the frameworks and reviewing them to ensure they remain relevant.

I have always enjoyed being a part of this profession, but I knew very early on that I wanted to do something more than simply test vision 9–5 after I graduated.
Born in Kenya, I would return to the country regularly to see my parents. During my visits directly after graduation, I would notice the difference in eye care between the UK and Kenya, and that the provision of eye care services in some regions was non-existent. Consequently, I gathered a group of 10 optometrists and we participated in an eye camp in a town outside Nairobi called Thika. Those trips provided me with my first experiences of optometry on the ground in a developing country and I returned for a number of years to participate in the eye camp.

Performing research has deepened my practise of optometry here in the UK. It has made me realise that we work in a complex healthcare system and that we should be open to different ways of doing things and I can take that back into my practice as a franchisee and develop myself and my team.

Through my PhD, I had the opportunity to work with a lot of very inspiring people, which I found particularly rewarding. I’ve worked with optometrists from around the world and it’s fascinating to learn about the complexities of eye care globally, which goes a lot deeper than just the sight test.

A career highlight for me was last year when I was invited to examine a PhD thesis in Alicante, Spain. One afternoon I was sitting in a café with two graduates from the Mozambique Eye Care Project who had just finished their Masters and we were discussing the frameworks that I had developed and how they were going to use them for governance as they were forming a body of optometrists. Talking to them and realising that the work that I had done was now being used to strengthen their position was amazing.

I finished my PhD two years ago and have since been balancing franchisee life in practice with post-doc projects and a growing family. I have some interesting projects in the pipeline over the next 12 months which I look forward to sharing in the future.

I always dreamt of being a mountain guide. When I was 14, I scaled my first mountain, Mt Kenya, during a school geography trip and loved it. Over the years I’ve been lucky enough to combine this passion with my travels, and have been climbing mountains in various parts of the world ever since. My husband shares this passion and we have previously spoken about volunteering as mountain guides. Perhaps an unorthodox retirement plan in the making.