“The economy is just like one big, giant hose pipe”

In an OT  and Hakim Group webinar, behavioural economist, Roger Martin-Fagg, was joined by practice owners from across the five nations to discuss the post-COVID economy and reflect on the impact the pandemic has had on optometry

“The data does not support a recession at this stage,” asserted behavioural economist, Roger Martin-Fagg, when addressing over 180 practitioners during a webinar on Optometry and the post-COVID economy, which was hosted by OT  in partnership with the Hakim Group earlier this month (12 May).

Martin-Fagg, who previously contributed to the Hakim Group’s Stronger Together webinar series during the pandemic, was on-hand to share his 2022 update and predictions on the economy in order to help practice owners “make better decisions for your business,” host and Hakim Group practice owner, Gavin Rebello, told attendees.

During the webinar, Martin-Fagg used the analogy of a garden hose pipe to explain what is currently going on in the economy, as well as make his predictions for the next three years.

In simplistic terms, he stated: “The economy is just like a great big hose pipe. What goes in one end is money, and money these days is electronic and created by commercial banks. The money changes hands and what comes out the other end is what we call nominal GDP, which is the value of everything sold over a point of time. This happens to be the same thing as the total amount of incomes and profits generated in the economy.”

He added that the velocity at which money flows through the pipe is primarily determined by how people feel – are they willing to spend their income, or are they worried and saving.

“Consumer confidence is driven primarily by wealth, by house prices, wage growth and the media,” he said.

Martin-Fagg informed listeners that the economy in the first quarter of 2022 “grew by 0.8%, but March was not a good month.” What you are not told, he said, is that 0.8% quarterly growth “is exactly double what we normally get.”

He predicted that the downturn in March may have been caused by the invasion of Ukraine by Russia. “When there is war, people worry, and they tend to rein in their spending,” he said.

Returning to the pipe analogy, the behavioural economist shared that the three big economic pipes of the world are the US, the EU and China. Labeling the UK’s “pipe” relatively small in comparison, he shared that a third of the money that flows into the UK’s pipe “comes primarily from exporting to those top two countries.” Therefore, he highlighted, “when we are looking at what is likely to happen to us, we need to consider what is happening there.”

Consumer confidence is driven by house prices, wage growth and the media

He explained that when COVID-19 struck, it was “just like someone standing on your hose pipe… the flow out of the pipe will reduce.”

The pandemic, he said, meant that “the Government had a big expenditure way ahead of its income, and it had to borrow from its own bank,” creating a huge bubble of money. He reported, as a result, money supply in 2020 grew by 14%, but due to lockdown, what flowed out of the pipe fell by 14%.

Furlough and business support schemes meant that incomes were being generated, but nothing was being produced. “We had an inflationary gap, and we are now seeing the effect of that today,” Martin-Fagg shared.

As a result, he predicted that the value of what is going to come out of the UK’s “pipe” in the year ahead “will certainly grow at 10%, as the money created in 2020 and 2021 is still in there and is beginning to flow.”

“That’s why I think this year is still going to be pretty good – yes inflation will run at 7–8%, but there will still be real growth,” he added.

Looking further ahead however, he warned: “In 2024 onwards, assuming the money supply grows normally at around 5%, what will come out of our pipe should be growing about 5%. But the problem is that if inflation does not drop back to around 2% and it stays at 5% [as it is currently], there will be no real growth.”

“If inflation runs at 6–8%, and money supply is only growing at 5%, then we will have a recession,” he added.

Discussing the current workforce supply-demand issues, Martin-Fagg stressed that “demographic profile matters,” for both businesses and the economic workforce. Sharing 2021 data, he highlighted that “while the current labour shortage will diminish a little as demand falls away,” this shortage will still be a permanent feature over the next five years because as the current 60–64-year-old workforce get older and retire, and the number of those currently aged 15–19 who will be entering the workforce in the next five years is much lower.

“A lot more people are leaving than coming in,” he stated.

As a result, he highlighted “you need to be an attractive employer, paying at least the market rate for the job. You have to offer hybrid working, which is difficult for the structure of your business, and you have to tap into the under 27s to discover what is possible.” 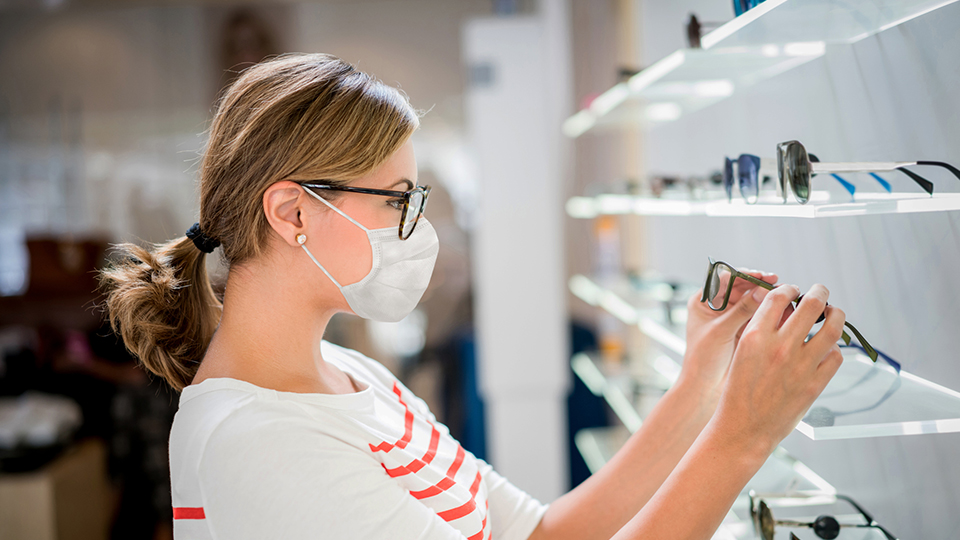 The five nations in optometry

During the webinar, practice owners from the Hakim Group based across the five nations shared insight into that they are experiencing on the ground. The panel included: Rebello (England), Helen Tilley (Wales), Ian Cameron (Scotland), Angela Nicholson (Northern Ireland), Clodagh McGovern (Republic of Ireland). Here is what they had to share on key topics:

Gavin Rebello: Given what the media has been saying in the last few weeks about the economy, has patient spend increased or decreased?

Clodagh McGovern: We are seeing an increase in sales and our average dispensing has increased also. We are seeing a buy-now mentality. [Patients] are not saying that they will come back tomorrow as they are worried that the product will not be available or will be more expensive.

Angela Nicholson: In the immediate aftermath of COVID-19, everyone was coming in very motivated, either coming in with something wrong with their eyes or wanting to buy glasses. We kept thinking that the bubble was going to burst, and then it didn’t, and it is still holding up well. However, there are probably a few more spaces in the diary now than there would have been a couple of months ago. I don’t know whether that is due to what’s been reported in the media or if that’s because we don’t have the two-year recalls coming through now. However, those who are coming in are spending well.

Gavin Rebello: The practices that did better in lockdown were those that had a robust eye care plan in place. How do eye care plans fit into your road map of the future and what are the benefits?

Ian Cameron: They have always been a feature of our practice. Even in Scotland, where the NHS eligibility is higher, the NHS fee is higher and the standard of care provided by the NHS is higher, there is still a space for an even higher level of care, equipment, scans and technology and optometrist time. So, although the NHS funds more [in Scotland], it doesn’t fund the highest possible standard of care, so if that’s what you aspire to give in your practice, there is certainly room to offer that to patients, and there is a market for it.

Helen Tilley: It certainly helped us with business continuity during lockdowns. We have run an eye care scheme in our practice for 16 years and it gives us a steady income. But more than that, it creates loyalty with both glasses’ wearers and contact lens wearers, and people who just want their eyes looked after. We will continue to offer this service and have already noticed a steady increase over the last few years in the number of people who want to link into our plans.

Although the NHS funds more [in Scotland], it doesn’t fund the highest possible standard of care, so if that’s what you aspire to give in your practice, there is certainly room to offer that to patients, and there is a market for it

Gavin Rebello: COVID-19 gave many people to opportunity to re-evaluate their thinking. An example would be an increased appreciation for NHS workers, especially from non-healthcare professionals. How do you think patient perceptions and expectations of going to the optometrists has changed?

Clodagh McGovern: COVID-19 has been really positive for us in the sense that pre-pandemic in Ireland, optics was perceived more as retail. Then COVID-19 happened, and all of a sudden the Government and media were all talking about optometry as essential workers, and it has had such a positive effect on us as a profession. Before patients would have gone to the GP for a referral for minor eye conditions, but GPs were sending them straight to us. Then, after COVID-19, ophthalmology didn’t want these patients back as they knew that we could do it.

We are now more valued as a primary healthcare profession, which we definitely were not perceived as pre-COVID-19.

Ian Cameron: [In Scotland] we have gradually made our case that we are valuable and that was already in place before lockdown. Then the lockdown happened and it supercharged that, and we have taken a giant leap forward in terms of our importance to ophthalmology. When they shut all the acute referral units, it was fine because optometry was doing it all. They have realised more of what they were already seeing, and it has accelerated the pathway we were on.

If you would like a copy of the presentation, email: [email protected].