Additional measures to support job retention and employment opportunities have been welcomed by practices, though gaps in support persist for some 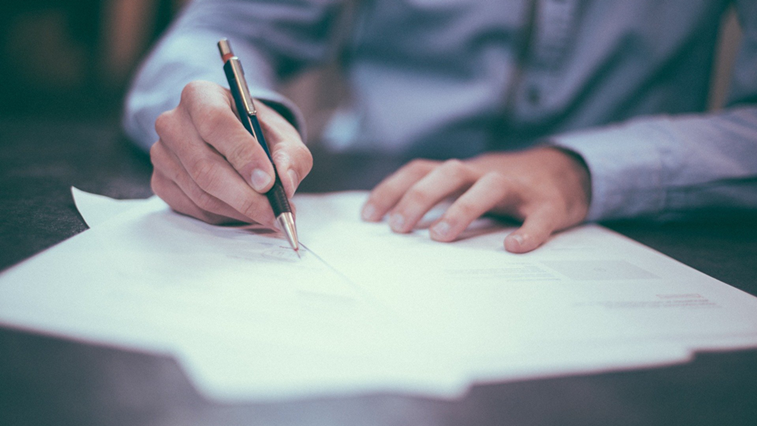 New measures outlined by the Chancellor of the Exchequer to support job retention and enhance employment opportunities for young people have been welcomed by practices, but some have highlighted that more is needed to support specific groups.

Key measures included in the Summer Economic Update made by Rishi Sunak include a bonus to the furlough scheme. Many practices have made use of the furlough scheme over the lockdown period, with an AOP survey of over 2200 members finding 88.7% of respondents said their role had changed as a result of the pandemic, with 47% who said they themselves had been furloughed.

As the scheme winds down before it ends in October, a Job Retention Bonus will be introduced to incentivise businesses to retain their furloughed workers. Employers in the UK will receive a one-off bonus of £1000 for each furloughed employee who is still employed as of 31 January 2021.

Commenting on the announcement, Shafiq Ahmed, head of recruitment and HR at the Hakim Group, said: “Like any other optical business we are grateful to have been able to make use of the job retention scheme to allow us to formulate a suitable business plan to manage our ‘people cost’ and to balance the cashflow in each of our independent practices, whilst trading with much lower footfall during lockdown.”

Mr Ahmed called the job retention bonus a “welcome ‘shot in the arm’” that will be offered in a time that he suggested traditionally sees “seasonality kick in for optical retail, with lower revenue and people focusing on spending money on Christmas gifts rather than on eye care.”

Kathy Jones, policy adviser at the AOP, also welcomed the measure. She said: “We welcome the £1000 support for businesses that want to bring their furloughed workers back but have been worried about affording it.”

Though a helpful step, Ms Jones warned that “this won't even scratch the surface of the issues that will be faced by many optical practices as they try to go back to work.”

“The already chronically underfunded NHS sight test is now likely to take up to twice as long to provide due to the extra time needed to safeguard staff and patients,” Ms Jones commented, adding that practices have to subsidise NHS care by selling spectacles.

She added: “The continued lack of suitable financial support may lead practices in England to consider whether to withdraw from providing NHS care. If they do withdraw, there is a real danger that patients in the most deprived areas of England will be disproportionately affected.”

The Chancellor also outlined a £2bn ‘Kickstart’ initiative to assist young people aged between 16 and 24, who are claiming Universal Credit and at risk of long-term unemployment, into employed roles.

Funding will be available for six-month job placements, covering 25 hours a week at the National Minimum Wage. Businesses will also be given £2000 for each new apprentice they hire under the age of 25, while a £111 million investment will be made to “triple the scale” of traineeships in 2020-21.

TWD Accountants’ managing director, Ben Oster, said key takeaways from the summer budget statement were that the measures could “encourage practices to keep on their current workers, and possibly encourage them to employ trainees.”

This is particularly important, Mr Oster highlighted, as there is a concern that younger generations could be the ones to suffer most in the long-term if a recruitment freeze prevents younger people from “getting a foot on the career ladder.”

The employment scheme could encourage employers to continue to take on trainees “so young people can still get a start,” Mr Oster said.

Some of our best talent includes individuals who started as teenagers without any formal qualifications, but given the right environment, culture and nurturing, have developed into the beating heart of our business

Commenting on the initiative, the Hakim Group’s Mr Ahmed said the focus on securing jobs for young people was “extremely positive.”

He added that the government funding to cover the costs of a minimum wage placement, and incentive for traineeships, “will undoubtedly allow us to review our entry-level and graduate recruitment strategy.”

“Some of our best talent includes individuals who started as teenagers without any formal qualifications, but given the right environment, culture and nurturing, have developed into the beating heart of our business,” Mr Ahmed added. “We are delighted that more young adults will have the opportunity to flourish as a result of this Kickstart scheme.”

Recent research from the Federation of Small Businesses (FSB) found that of more than 1000 firms surveyed, 14% were cutting training initiatives as a result of the pandemic, while one in ten small firms had already been forced to make redundancies. Among those with at least one member of staff aged 16-17, this figure rose to one in five.

Having called on the Treasury for broad measures to aid job retention, and further steps to help young people trying to enter the workplace, FSB National Chairman, Mike Cherry, welcomed the updates, but added that the key would be to ensure “these positive new measures work for all.”

He emphasised that the job retention bonus along with the funding and subsidies for Kickstarter roles and traineeships must be easily accessible.

However, there are still groups without support from the Government, something both the AOP and FSB have noted.

Though welcoming the new measures, Ms Jones said: “The Chancellor's statement does nothing for the five groups of workers we have been campaigning about, who fell through the gaps of the initial Treasury support.”

“We call on the Government to respond quickly to the Treasury Committee's report,” Ms Jones added.

The report suggested over a million people have lost livelihoods “while being locked out of support,” finding that groups particularly affected by gaps include self-employed workers with profits over £50,000, limited company directors, new starters, and freelancers or those on short-term contracts.

Recommendations in the report included removing the cap preventing self-employed individuals earning over £50k from accessing support, and finding a way to support company directors who pay themselves a dividend.

Over the past few months the AOP has written several times to the Chancellor to draw attention to members who are losing out on support and have urged the Government to act on the recommendations.

The FSB also urged the Government to consider the gaps in support, with Mr Cherry commenting: “We need the Government to spell out how it will help the newly self-employed and company directors who have once again been overlooked this afternoon, and have now been left without help for more than 100 days during this incredibly difficult period. That fact should be recognised once we reach the autumn.”