Dan Varcoe, owner of Varcoe Eyecare in St Austell, on how he’s prioritising patient care as his practice fully reopens 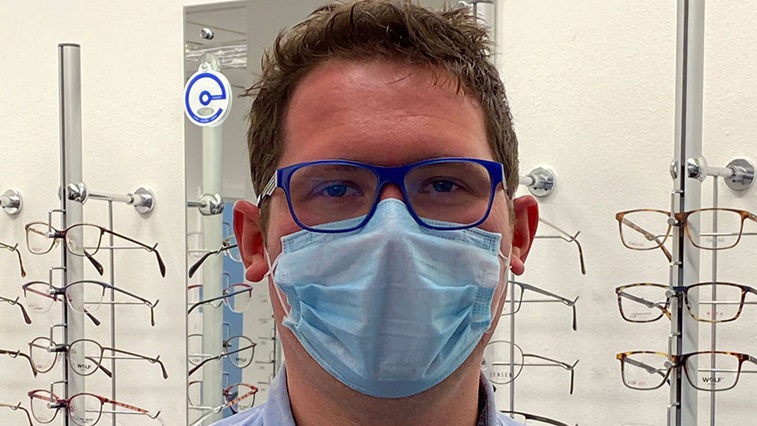 As businesses reopen for routine appointments, OT is speaking to practice owners about a singular priority they have for the next few months. If you want to be featured get in touch with [email protected]

Who: Dan Varcoe, owner of Varcoe Eyecare
Location: St Austell, Cornwall
Priority: Managing which patients to see
I originally qualified as a dispensing optician (DO), and then studied optometry five years ago. I did a pre-reg down in Jersey and then I moved back home to Cornwall, where I worked for various employers. I got a part time job with the hospital, and then last November I opened my practice. I ended up with a set of records from an optometrist that had passed away previously, and some bits of equipment and things, but it's a totally new business, in a new location, with new staff.

We were very lucky that we had that existing base of patients, because that meant from November to mid-March we were pretty much fully booked. This meant that when we had to stop seeing patients there was money in the bank. So, at that point we knew we would just about survive. And the help that the government has given us has been very welcome, to actually help us to know we'll survive.

Coming out of lockdown

Now we're allowed to do routine eye testing, I think the priority is going to be to see patients that feel they've got a change in their vision, or have eye problems that they've noticed, either recently or over lockdown, but they might have not have told us about. If they told us about it we probably already dealt with it in some way or other.

But those that come out now, saying, “I've now got these problems”, or those that have got changes in their vision, are the ones that will need to be seen and the ones that are most likely to actually ensure that our business survives. We need to be able to sell the products; sell glasses. We'll need to see some of those that we expect to spend, I suppose.

There's definitely a balancing act. I suppose for the long-term interests of our patients, and the business, we need to be here in six months, a year's time, two years’ time. So, seeing those patients now that are going to hopefully help us to sell things means that we can still be here to monitor glaucoma or diabetes or things like that, that aren’t as urgent right now - we can still be here to do it in a few years’ time.

For the long-term interests of our patients, we need to be here in six months, a year, two years’ time

I've been going through the list of patients that we had to cancel. I've phoned them, and I found out what problems they're having, and some have said, "well, actually I'm not a priority. Don't worry. I'm just coming for a routine check. Why don't you give me a call in a couple of months’ time?" So, I think they understand, especially while we were only able to only see urgent and emergency eye care, that we're not open to everybody.

It potentially becomes more difficult now we're able to do routine care, if we need to start choosing between who comes in. It might not be that we only see the patients that either have problems or vision changes, but it might be that we spread them out throughout the week, along with, during the week, some normal patients that just require their routine monitoring. It depends on the patients that we met over the months that we were open - five months or so. Lots of them are older people, and they might well make a decision to stay at home for a little bit longer themselves anyway, especially if they don't have problems.

Staff wellbeing. There's myself, there's Vicki, my DO, and I've got a receptionist, Danielle. My first plan was to bring back Vicki to begin with, so that she can come in and get used to any changes. I think it's important to be careful; bringing them back gradually so that we're not suddenly having lots of additional people in the practice, as well as patients.

I've kept in contact with her and with the whole team throughout. Sometimes we just WhatsApp about what we're having for tea. But other times it will be actually talking about useful things for the business, or training.

I'll be sitting down and having a chat about how she feels about coming back to work and what her concerns are, and what we can do about that. And then, when Danielle comes back, we'll do the same thing: we'll sit down with her, discuss any concerns that she's got, and we'll address them as best we possibly can to ensure that they can work safely.

Hopefully the NHS will give us a bit of guidance, and I'm sure the AOP and the College will come up with some interpretation of that guidance to allow us to practise in the best way possible.