The rules of driving

OT  speaks a trio of optical professionals about the current legislation for vision and driving as they share their views on raising awareness of regular sight tests, spare pairs of spectacles and if the law should change

Statistics released by the Department for Transport in September revealed that in 2018 uncorrected defective eyesight was a contributing factor in 196 road accidents in the UK. Of this number, three accidents were fatal, 53 were serious and 140 were minor. While this number may feel small in comparison to the overall 1784 deaths and 160,597 injuries over the 12-month period, many practitioners would agree that even one death due to uncorrected vision is too many.

Driving and vision is an area that independent optical group, Valli Opticians, works all year round to raise awareness of, both with its patients and its employees.

Optometrist and managing director of Valli Opticians, Moin Valli, feels that it is important to raise awareness about vision and driving for a range of reasons, but safety is number one. “Good vision that meets the required driving standards is crucial due to safety, both for the driver and for those around them,” he told OT, explaining: “At Valli, when we feel passionately that awareness needs raising about a topic, we try to actively do something about it. In the case of vision and driving, we feel that the current standards are particularly weak and should be changed, so we try to educate people about the standards.”

It should be compulsory for everyone to have an eye examination at the start, when they first start having driving lessons and this should be performed by an optometrist

With 14 branches based across Yorkshire, raising awareness begins locally within the communities that Valli Opticians serves.

The independent takes part in a wide range of talks locally and, when appropriate, will discuss driving and vision standards with those listening. This month the group will attend a Chambers of Commerce event to discuss vision standards and eye care at work, for example. 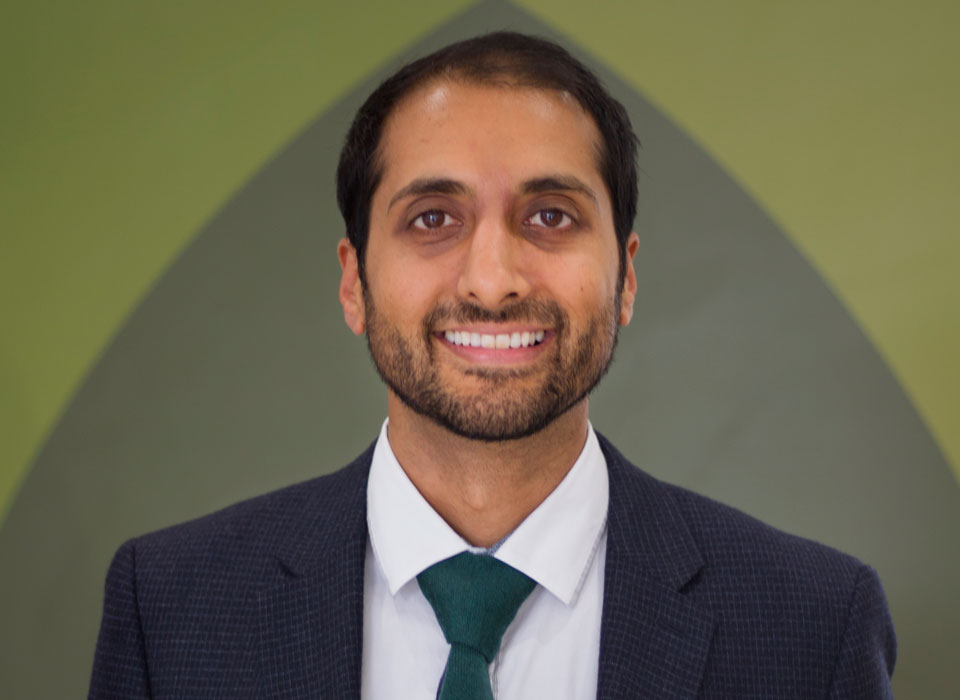 Moin Valli, optometrist and owner of Valli Opticians
Staff at Valli Opticians recently exhibited at a Vintage Car Show for which they had a car number plate on display on a series of iPads and asked people passing to stand at a three metre line and take the number plate test. “The number of people who failed was astonishing,” Mr Valli said.

Based in Scotland’s Kilmarnock, independent opticians Urquharts Opticians and Hearing Care Specialists also takes the topic of vision and driving very seriously, striving to raise awareness and education patients on the topic.

Optometrist and practice director, Alistair Duff, told OT that during the eye examination, optometrists like to demonstrate a mock number plate at 20.5 meters, as well as point out the 6/12 visual acuity and visual field requirements. “We know driving can be crucial to our patients, but safety is paramount. Information on products also plays a large part of the dispense with a driver, giving them advice on anti-reflective coatings and tint densities,” he said.

Awareness raising continues outside of the testing room for the independent as it regularly takes part in Road Safety Week. For the week this year (18–24 November), Urquharts has teamed up with a car leasing company and its local council and will take to the streets in the area to offer a High Street vision check. “We will have a car parked 20m away from a set point with staff on hand to check the public’s binocular vision as they are passing and remind people of the importance of regular eye examinations,” Mr Duff shared.

There are factors other than visual acuity and field of vision that can affect people’s ability to drive such as glare, contrast sensitivity and much more

You are what you wear

While vision is essential for driving, Essilor’s professional relations manager Dr Andy Hepworth points out that when you strip the correction back, the importance of the spectacle lens that is dispensed should not be underestimated. “A lens that is used for driving must deliver the driver with good central and peripheral vision for both distance and arm’s length,” he explained, emphasising that the requirements will be different for lenses worn for other activities.

“An AR coating also has a big role to play and certainly should be included on the lens. Ideally for patients who confirm they drive in lower light, an AR designed for these conditions that matches eye mesopic sensitivity should be recommended,” he added.

The lens manufacturer’s research and development team created Crizal Drive as a direct result of research it performed that found that 85% of spectacle wearers who felt comfortable driving in the day were less keen on driving at night.

“The number of people who stated that they disliked driving at night-time was worrying, so for Essilor it was key that our portfolio provided practitioners with the opportunity to dispense a lens that has been specifically designed for the visual requirements of driving,” Dr Hepworth said.

Education and training is something that Essilor advocates for the whole practice team and aims to support customers with. “Internally Essilor works on programmes that strive to support the practitioner,” Dr Hepworth explained.

“Through these programmes we encourage practitioners to think about driving when they see the patient for a sight test, reminding them that it’s not just about the one pair of spectacles or contact lenses for everything. We try to get practitioners to adopt a programme that looks to build their awareness of asking relevant lifestyle questions to the patient, which helps them to make the most appropriate lens recommendations,” Dr Hepworth said.

However, Dr Hepworth acknowledges that it is not just about the optometrist but the whole patient journey from optical assistants through to dispensing opticians, who ultimately dispense the lenses.

As a business, Valli Opticians ensures that its employees are educated on vision and driving. It hosts eight CET events a year and invites all of its optometrists, dispensing opticians, contact lens opticians and managers to attend.

Mr Valli shares that a problem Valli optometrists sometimes encounter in practice is when a patient falls below the required vision standards and wants to keep it a secret. “This can feel tricky as informing the Driver & Vehicle Licensing Agency is a grey area,” Mr Valli said.

When optometrists at Urquharts find themselves in a situation like this they turn to a template letter that is available on the AOP website, which they find particularly useful, Mr Duff said.

France particularly seems to have it right with the legal duty on drivers to have a second pair of spectacles in the vehicle. I have never understood why that is not a legal requirement in the UK; spectacles break and are forgotten easily

A vision for change

So what do the trio think about the current vision standard legislation that is in place? Mr Valli highlighted his belief that if vision and driving legislation was being set tomorrow “we would not implement the current rules that are in place.”

Mr Valli shared: “It should be compulsory for everyone to have an eye examination at the start, when they first start having driving lessons and this should be performed by an optometrist.”

However, he would also back a change that stated that everyone should have to have a sight test every two years, or more frequently when required.

“The law should be the same for drivers, non-drivers, men, women and children. Key to introducing rules is simplicity and this would simply be eye tests for all, regularly. If the rules could not be that stringent, I would call for a sight test for drivers every three years past the age of 50,” Mr Valli said.

For Mr Duff, the current law is “fairly lenient. There are so many factors other than visual acuity and field of vision that can affect people’s ability to drive such as glare, contrast sensitivity and much more.” 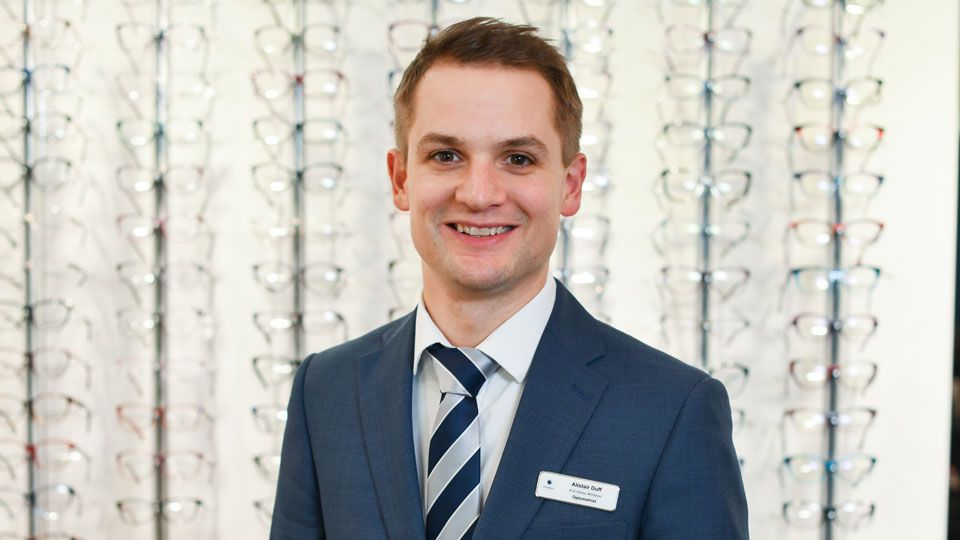 Alistair Duff, optometrist and practice director of Urquharts Opticians and Hearing Care Specialists
However, when it comes to making changes, Mr Duff feels that before making any decisions a team should be established to compare standards from other countries and take advice from vision experts in order to be able to create a comprehensive set of visual standards that are backed by statistics.

When asked if the UK could learn from driving regulation that is already in place in another country, all three referenced France and the country’s legal requirement for the drivers to always carry a spare pair of spectacles if required.

Dr Hepworth said: “France particularly seems to have it right with the legal duty on drivers to have a second pair of spectacles in the vehicle. I have never understood why that is not a legal requirement in the UK; spectacles break and are forgotten easily.”

Mr Valli is also envious of Finland. “It feels like Finland has got it right by asking for retesting from the age of 45. When you think about it, 45 is the best age to do this as it’s when most people’s sight begins to change as a result of presbyopia.”