OT  speaks to practitioners about the purpose of the Opticians Act, its flaws and freedoms

Since its creation 61 years ago, the Act has undergone some small updates, one in 1989 and another in 2005.

However, as optometry progresses apace, does the Act remain fit for purpose? OT asked practitioners representing the independent and multiple sectors for their views.

Overall, for optometrist and director of professional services at Specsavers, Paul Carroll, the existence of the Opticians Act is positive. “It sets a framework in which we work,” he told OT, explaining: “The profession could have evolved in a very different way if the Opticians Act was not introduced.”

“Creating a framework in which the profession can operate is important because it provides rules and regulation for us to function within,” he added.

Passed as statute on the day that the chairman of BBR Optometry, Nick Rumney, was born, this optometrist also believes the establishment of the Opticians Act was a positive move for the profession.

“The Act finally brought the statutory registration of optometrists and dispensing opticians to the UK, many years after other Commonwealth countries had already achieved this,” Mr Rumney said, adding: “Without it, optometry and dispensing optics might have ended up in a grouped regulator such as the Health Professions Council.”

As a global business, with practices across Europe, Australia and New Zealand, Mr Carroll acknowledged that Specsavers has experience operating in both regulated and unregulated markets and “having the right and appropriate regulation in place is good for businesses.”

Sharing his views on the Opticians Act, Mr Carroll emphasised that the profession has evolved tremendously since 1958 and that as the last time the Act was updated was in 2005, some of the legislation will not be as appropriate now as it was then.

“In the last 14 years alone, the way that we practise has been substantially updated,” he emphasised. For this reason, Mr Carroll admitted: “I think you would struggle to find someone in the profession who doesn’t think that it’s right to review the Opticians Act.” 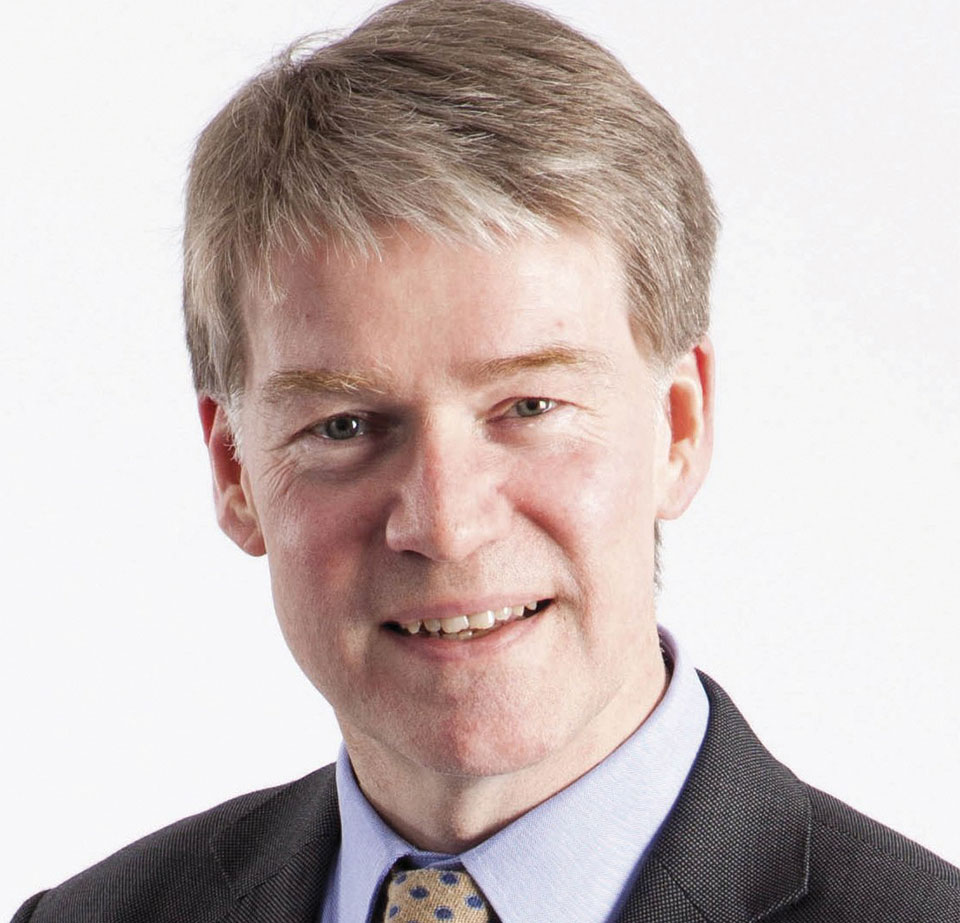 Optometrist and director of professional services at Specsavers, Paul Carroll

When discussing what elements of the Opticians Act he feels need revisiting, Mr Carroll puts fitness to practise procedures and business registration at the top of his list.

“There are certainly things in the legislation of the Opticians Act that restrict the approach that the General Optical Council (GOC) takes for fitness to practise and it has perhaps not been able to move with the times like it needs to,” Mr Carroll said.

“I think the fitness to practise process is inefficient for registrants, the public and, generally, everybody involved. However, the GOC is prevented from making some changes as it is hardcoded in the Act,” he added.

For Mr Carroll, consistency is also key when it comes to the GOC’s registration requirements and the optometrist believes that all optical businesses should be treated equally in this regard.

Currently registration for optical businesses is optional, depending on whether the term opticians is used in the name, while the requirement for the majority of a business’ directors to be registrants is a difficult threshold for small practices to meet, he explained.

Mr Rumney mirrors Mr Carroll’s feelings around business registration, noting that the Act’s loose wording and design means registering an optical business is optional. “Either all businesses should be registered, or none should be,” he said.

“I get the sense that the GOC is keen to change this,” Mr Carroll told OT, but the Act makes this difficult. However, “this doesn’t mean that we shouldn’t continue to press,” he added.

Mr Rumney is disappointed that the Act currently “does nothing” to enable the GOC to control the number of new optometry schools that are currently being created. “I think it will be challenging as numbers begin to grow,” he said.

What’s in a name

For Mr Rumney, if he could change one thing about the Opticians Act, it would be its title.

“While it’s a mouthful, if I could change just one thing about the Opticians Act it would be to rename it the Optometrist and Opticians Act,” the optometrist shared.

Explaining the name change, Mr Rumney highlighted: “The Act purports to regulate the professions yet uses a confusing title that in itself is not a protected title.”

“However, changing the name probably would not bring the profession or the public any benefits, but it would concentrate the minds of people to use the correct terminology,” he admitted.

While Mr Rumney would like to see optometrists referenced in the title of the Act, Mr Carroll is ambivalent about it.

Yet when making comparisons to the legislation that governs other healthcare professions, Mr Carroll pointed out that you do not find the vocation in the title of others acts. “It’s not the Doctor’s Act, but the Medical Act, so perhaps a title like the Eye Care Act or Eye Health Act would be more appropriate,” he said. 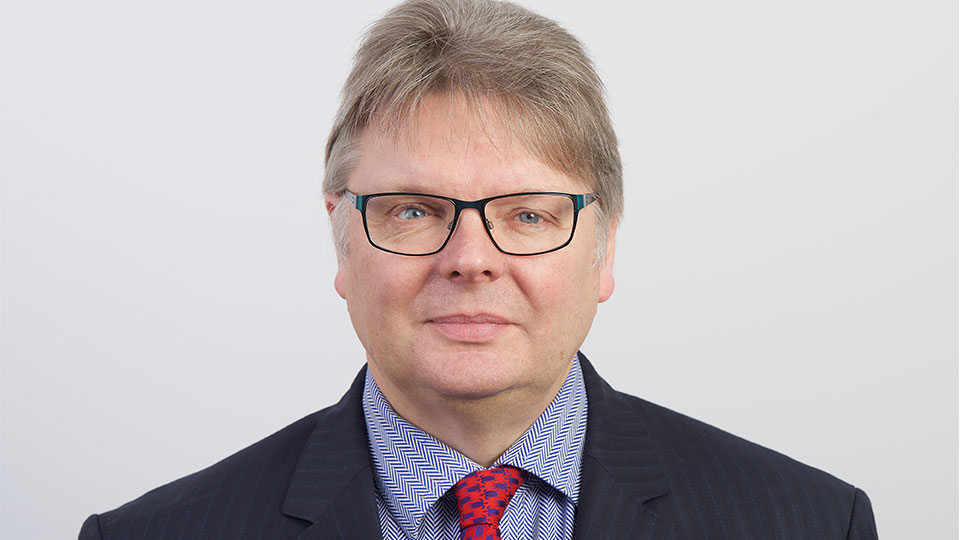 Asked about reopening the Opticians Act so legislation changes could be made, Mr Rumney is clear in his feeling that the Act should not be reopened. Calls to open and rewrite the Act are “fraught with danger, not least to public health if deregulation were to be risked,” he stressed.

Expanding on this, the optometrist explained: “If the Act were to reopen, there would be people who would seek to overturn it as a consumer lobby.”

Mr Carroll understands why some practitioners are fearful about the reopening of the Act for this reason. “I can see how people would be concerned about seeing other things unravel,” he said. And while he feels there are things in the Act that need “tidying up and modernising,” he is confident that it does not need reopening to do so.

“The Act is sufficiently flexible not to require reopening,” he said.

Providing examples of change without the reopening of the Act, Mr Rumney highlighted the removal of the obligation to refer in 2000 and the Section 60 order of 2015, which he explained “laid the ground for compulsory CET, therapeutics and speciality registration.”

Amending the Act without embedding change in primary legislation is most appropriate in the view of both optometrists. “We live in a time of rapid and expansive change and no genius could crystal ball gaze and know what optometry will look like in even two years’ time,” Mr Carroll said, adding: “Any changes to the Act should be to enable our regulator the room to adapt the framework so we can embrace all the change that is coming our way.”

GOC director of strategy Alistair Bridge on the Opticians Act

Why is the Opticians Act important?

The Opticians Act is essential for the professions and the public because it ensures that nobody can practise as an optometrist or a dispensing optician, or use those titles, without being regulated.

That means that the public can be assured that their eyecare practitioner adheres to our standards; has the right education; is on our public register; and they are fit to practise.

This helps ensure a high level of public trust in the professions that would not exist if they were unregulated and anyone could practise. This trust was reflected in our most recent public survey which showed that 95% of people are satisfied with their optician.

If you could change one thing in the Opticians Act, what would it be and why?

The last major update to the Act was in 1989 and there are a few things we’d like to see changed.

The Act is very prescriptive and while it’s absolutely right that our objectives and powers come from Parliament, we’d like the freedom to respond more quickly to changes in the professions and in public expectations.

Reforms would enable us to improve the CET system and make the fitness to practise process more efficient. We also think all businesses should have to register with us, not just those with particular structures and titles.

The UK Government consulted on regulatory reform about a year ago and we hope that this will lead to at least some of those changes happening in the coming years.