The title ‘optometry’ was protected under law nearly three decades ago – long enough for the profession and its regulator to have learned to use the title correctly and with confidence, opines optometrist Nick Rumney 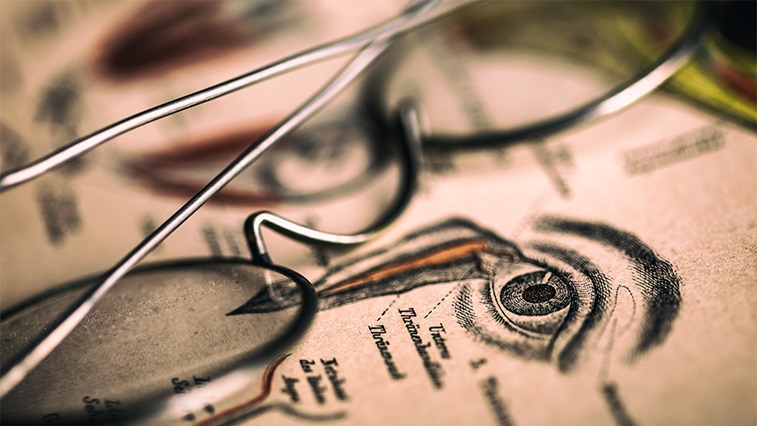 I began my career in the Department of Optometry at what was then the University of Wales Institute of Science and Technology in 1977. I didn’t do a degree in Ophthalmic Optics. The crusty establishment of UK optics was shattered with the arrival of Professor Michel Millodot at Cardiff in 1974.

One of the first of the new breed of academic optometrists with a US PhD, Michel was not about to listen to the likes of the British Optical Association, the Spectacle Makers Company or the Scottish Association of Opticians when it came to nomenclature and, oh boy, did they not like ‘optometry.’

It may come as a surprise to the insular Brits, but it was as recently as 60 years ago this year (7 July 1958, the day I was born in fact) that UK optometry became a regulated profession – 45 years later than far away Tasmania. However, we never embraced the term optometry until Michel started to change things, and still we collectively do not see the point.

Of all the frustrations that abound in our sector, from the endless bickering between independent and multiple wings, from retail versus clinical, from patronising organised medicine to practitioners paralysed by General Ophthalmic Services (GOS), nothing frustrates me more than the continued abrogation of the term optometry.

It’s a personal view, but I see the wilful attempt to portray “optician” as the generic term as the biggest single thing holding us back in our development. Unfortunately, it is rife and endemic. It even happens with the General Optical Council (GOC), the regulator of two professions which can forget it regulates ‘dispensing opticians’ and ‘optometrists’ and fall back on the generic term “opticians” as if we are all the same at heart. ‘Optician’ isn’t even a protected title, despite it being littered through the Opticians Act (even on name).

But ask yourself: how many members and fellows of the AOP or CoO use the correct term? Come on FODO, you can still use the letters (Federation of Optometrists and Dispensing Opticians). The Association of Independent Optometrists (AIO) uses optometry but how many of its members do?

All of us in community optometry share the aspiration to be commercially successful, and the independent sector is not uniquely virtuous or unsoiled by filthy lucre. Nevertheless, in my opinion, it ill-behoves the leaders of the major commercial players to play to the gallery of professional advancement in enhanced services and community ophthalmology while muddying the waters with a business title including the word “opticians.”

To be honest, it does my optometry practice no end of good to use the term optometry as it puts clear blue water in our business plan to differentiate ourselves as the physician of the eye and adnexa from establishments that have an entirely public retail face. However, this does nothing for advancement of the profession I love, and which is now claiming its rightful place in community non-surgical ophthalmic management.

There are two principle objections. First, semantics: ‘metry’ derives from metric (related to measurement) and we obviously do more than that. Second, public awareness. The former has the weight of international language underpinned by the World Council of Optometry definitions negating it. The latter objection is simply there to confuse and beguile and facilitate those who want to hide in a retail shell.

At Optrafair in April, during one sideshow, we were treated to an advocate of minor eye conditions services being a great loss leader to support retail dispensing. Heaven knows which stone they crawled out from under. Fortunately, they call themselves an optician so I am not tarnished by that brush, and neither should you be.

I guess I can forgive carelessness by some who should know better, but I can’t forgive persistently sowing the seeds of confusion. Surely 29 years after the title optometry was protected and half the lifetime of us as a registered profession in the UK, the least we could do is get our own name right? The clue is in the name: #IAmAnOptometrist

Nick Rumney is senior optometrist, owner and chairman of BBR Optometry, an AOP award-winning independent practice based in Hereford