Building on a legacy

Optometrist John Prouse opened Loftus Optical in 2012. He reveals how he has developed a thriving independent

01 Having spent the early years of my career working for a number of multiples, I had begun to feel a little burnt out. Initially, I didn’t have the capital to open my own independent, but I knew that was my end goal, so I started a home visit business instead.

In 2012 I opened Loftus Optical. It is based on a small High Street in Loftus, North Yorkshire, which has a population of just 5000 people. I started the practice from scratch. Many of my peers thought that I was a little crazy to open a practice in such a small town that is not particularly affluent and on a High Street where many outlets sit vacant. In fact, an opticians had previously been situated where I am and had failed. They gave me a year, but I was determined, and six years later, the business is going very well.

02 The eureka moment for Loftus Optical came when I started to look at everyone who came into the practice and ran an analysis using my practice management system to find out who my best patients were. After this, the business really turned a corner and began to flourish.

A pattern soon emerged and showed me that ladies in their 50s who required varifocals were my ‘best’ customers. While the demographic represented just 20% of my patient base, they were responsible for around 80% of my revenue.

As a next step, after a patient had been in for a sight test and purchased glasses, I began to write to them to try to find out why they were coming to Loftus Optical. In doing so, another pattern emerged – over and over again, patients kept saying, “you give us the time,” and “we never feel rushed during the eye test or when choosing glasses.” We also realised that price wasn’t an issue for these clients; they were after quality and time.

On learning this, rather than continue to try to attract anyone and everyone through the practice doors, I focused on that pool of people and carved out a niche. 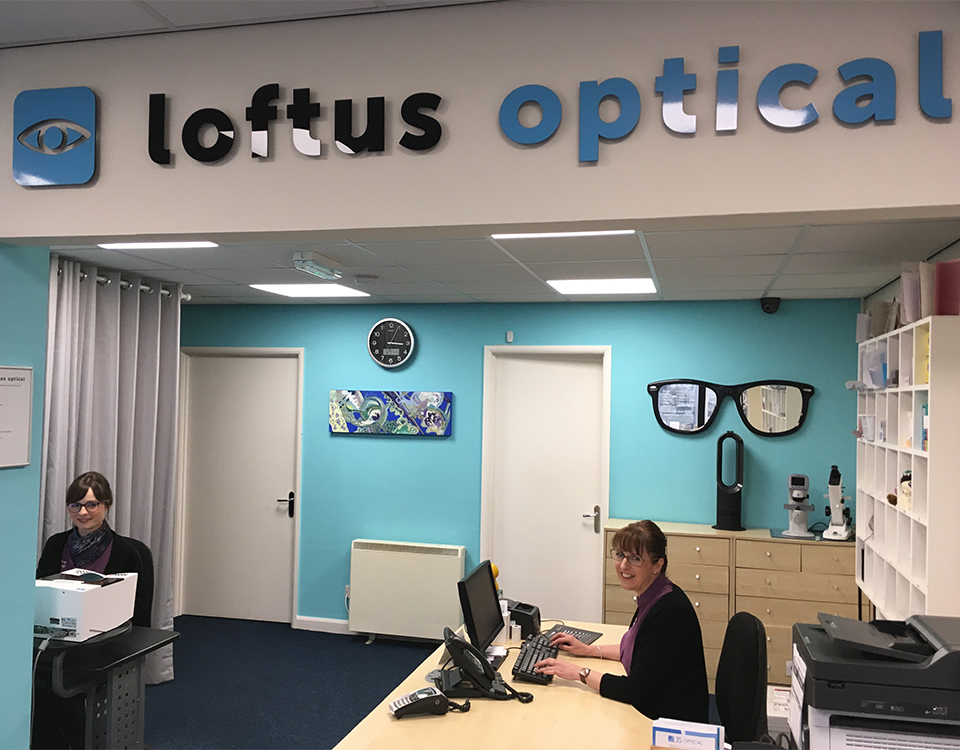 03 While initially our sight test numbers dropped, our sales grew because when people did come to us, they were spending because they felt valued. Today we have approximately 6000 clients on our database, having grown by around 1000 patients every year.

Ultimately, by year three or four, our market in Loftus was saturated due to its small size. At this point I began to cast the net wider for our marketing, placing adverts in local newspapers and magazines further afield.

I have always aimed to differentiate Loftus Optical from the crowd. The market is flooded with free eye tests and buy one, get one free offers. Therefore, I have focused on educational marketing that informs clients. For example, rather than price points, we will discuss how a frame is made, and the quality and weight of a product. I have found patients really appreciate this type of marketing.

04 I believe optometrists have a duty to educate their patients about the importance of eye health and regular sight tests.

Despite offering 40-minute sight tests, educating people in this limited time frame is hard. Consequently, I started to run presentations in-house covering topics such as how UV light damages the eye and the problems that it can cause. More recently I have also started to run webinars.

These activities are accompanied by a monthly, printed newsletter that is sent to our VIP patients, and a weekly email. These regular communications are not used to sell something, but rather to educate. I have found that people will come in and book a sight test as a result.

Now that we have defined and carved out a niche, we are looking to complement that niche with bespoke contact lenses.

Mr Prouse has created a free marketing kit designed to help with practice growth. For more information, visit his website.