Campaigning for the nation

The US Think About Your Eyes campaign has proven effective in encouraging consumers through practice doors. Chair of the initiative, Dr Steve Loomis, shares how the profession and industry joining forces has been key to its success 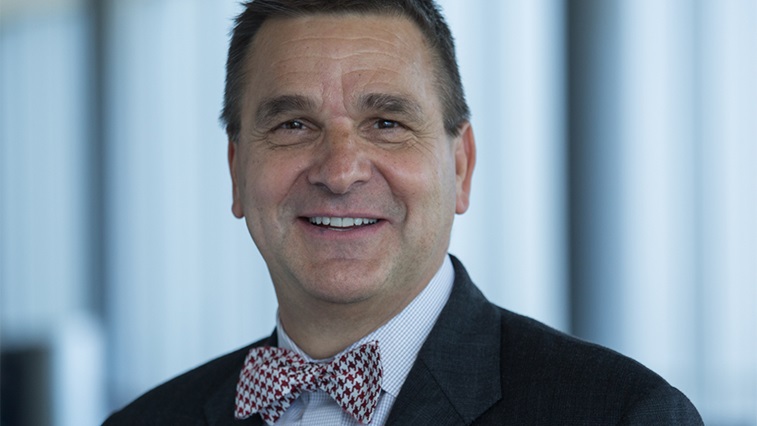 01 Think About Your Eyes was launched nationally in 2013 with the aim of raising awareness of the importance of eye examinations.

The campaign was initially established in Texas in partnership with Essilor. This state was used as a test market to see if direct marketing to consumers could raise awareness of eye examinations.

Statistics show that, on average, Americans currently have an eye examination once every 28 months. However, that statistic is cut in half for those who have been exposed to the Think About Your Eyes campaign.

I think that all patients need a little push sometimes – they need to be reminded to go and get their eyes examined and when they are asked directly, they tend to respond.

02 The campaign has a very unique funding structure, which I think contributes to its success.

It is funded by industry partners, as well as the profession itself. A significant proportion of the funding will come from large companies, such as Johnson & Johnson Vision, Alcon, Luxottica and Essilor. But we also have a number of smaller companies contributing through a ‘shared contribution’ structure that is set on the size of the company and the impact it has on the industry.

In addition, the American Optometric Association (AOA) provides a significant amount of funding, as does The Vision Council, which represents part of the industry’s contribution.

This funding structure means that the campaign has a unique blend of industry and professional support, and that together we are all focusing on the single objective of raising awareness of the importance of eye care.

"Think About Your Eyes has just reported that in 2017 a total 3.4 million eye examinations can be directly attributed to the campaign"

03 The campaign is continuous, and we anticipate reaching at least 95% of our target audience at some point during the year.

We do this through a television campaign, as well as smaller complementary methods such as banner adverts on health and lifestyle websites, online videos, radio, social media and search engine optimisation.

Our target audience is patients aged 30–39, primarily female, for the simple fact that they are most likely to act upon hearing our messages. Plus, they are often the mum in the house and are directing the health care of the family – mum takes care of the kids, then her spouse and then, typically, herself last.

04 Think About Your Eyes has just reported that in 2017 a total of 3.4 million eye examinations can be directly attributed to the campaign.

This is an enormous number for a country of a little over 300 million people. It means that 1% of the American population has seen and responded to a Think About Your Eyes commercial and visited their eye doctor.

Furthermore, from an industry viewpoint, if you assume that even just half of those 3.4 million patients will need some sort of vision correction, the impact that it has on the frame, lens and contact lens industry is also significant.

In my view, Think About Your Eyes is doing good for people, while we do well as a profession and as an industry.

05 The campaign continues to grow and we believe that we are on the right track.

As a professional organisation, prior to Think About Your Eyes, the AOA had tried initiatives with similar objectives, but never had the budget required to really be in front of the public with any kind of regularity. Similarly, industry had established campaigns, but found that they were not as effective because campaigns are generally more creditable to the public when the profession is driving it. For this reason, the tagline on Think About Your Eyes is ‘brought to you by the American Optometric Association.’

Our next objective is to grow more industry partners. We currently have 21 industry partners, which is great, but imagine what the campaign could achieve if we had 100 – that is the focus going forward.