The journey to an entirely IP-qualified practice

Do you know where that comes from?

OT  speaks to optometrist and independent practice owner, Simon Berry, about the steps he is taking to ensure that the frames he stocks are ethically produced

Optometrist Simon Berry acknowledges that a spectacle frame is a unique product that has historically fallen somewhere between a healthcare device and a fashion accessory.

Nowadays, spectacles veer towards the latter. As they have become a product for the consumer masses, frame choice and competition has grown tenfold. However, have you ever wondered where a frame comes from, what conditions it was produced in or what materials it is made from?

As the owner of Simon Berry Opticians in Durham, Mr Berry has. And in doing so he quickly realised that there is very little, if any, information available about this across the sector.

“Information about the ethical manufacturing of spectacle frames is very much absent in our sector. But as a practice owner, I certainly feel that if I am selling something, then I am endorsing it and therefore I have a responsibility to understand where is comes from,” Mr Berry told OT.

With a desire to find the answers, three years ago Mr Berry put pen to paper to produce an Ethical Sourcing entitled questionnaire that could be completed by the manufacturers of the frames stocked in his independent practice.

While Mr Berry has always informally quizzed frame representatives about factory conditions and the materials that are used to produce spectacles, in 2014 he formalised this process with a questionnaire.

Today, the suppliers of any new brands introduced into Mr Berry’s practice must complete the questionnaire, which can be found on the practice’s website.

The two-page questionnaire covers questions about a company’s traceability, manufacturing, materials, packaging, recycling and carbon footprint, Mr Berry explained. Its overall aim is to determine how ethical a business and its products are.

The business owner spent much time honing the questionnaire with the support of not-for-profit organisation, Ethical Consumer. “It took quite a lot of development because I wanted to make sure that the right questions were being asked and they were relevant and meaningful. Working with Ethical Consumer allowed me to validate the questions and gave me confidence in what I was asking of suppliers and manufacturers,” he said.

Discussing the purpose of the questionnaire, Mr Berry explained: “Each question is designed about an area that can be unethical. Each question is rated from one to 10, with the company given an overall rating score at the end.” 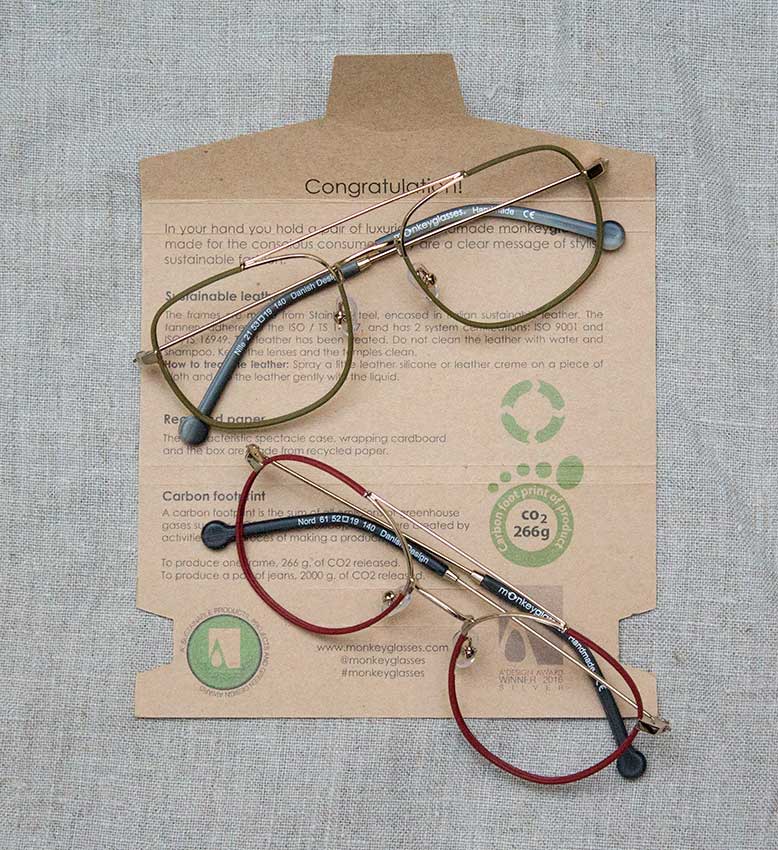 Mr Berry is honest about the response that the questionnaire has received when asking manufacturers to complete it.

“I deal with 25–30 eyewear companies in my practice, and just six have completed the questionnaire,” he said. “We have certainly found it difficult to get companies that we already stock to fill in the questionnaire retrospectively,” he added.

“As a practice, I would like us to know exactly where every single product we stock comes from and that the questionnaire was completed by all of the manufacturers that we use, but I know that this is unlikely,” he said.

While this may not be the response that Mr Berry had hoped for, he is positive that in questioning the suppliers and manufacturers, they are being encouraged to think and ask questions themselves.

“In optics, many manufacturers have simply never been asked these types of questions before and most of the reps I speak to look at me quite blankly because they don’t know the answers. But what they can then do is speak to their managers and raise these questions with distributors and manufacturers.”

“It makes them think,” he added.

"In optics, many manufacturers have simply never been asked these types of questions before and most of the reps I speak to look at me quite blankly because they don't know the answers"

However, the response from new suppliers has been positive and demonstrates that “our industry is very slowly changing as many new, emerging companies are acknowledging consumer curiosity and are starting to try to produce more ethical frames,” Mr Berry said.

“Since establishing the questionnaire, we have introduced brands such as Zeal and MonkeyGlasses into the practice specifically because they have filled in the questionnaire and demonstrated themselves to be ethical brands,” Mr Berry shared.

Mr Berry publishes suppliers’ questionnaire responses and ethical ratings on the practice website to allow consumers to make an informed choice when selecting their eyewear.

“While currently it is not the first question that customers ask when they are selecting frames in practice, I do think that it is something that consumers are increasingly aware of and becoming more concerned about. By sharing that information with them, we are allowing them to make an informed choice if they so wish to,” Mr Berry said.

The future is ethical

With a validated questionnaire successfully created, Mr Berry is happy for other practices to utilise it to ensure that the products they stock are ethically produced.

“The questionnaire has been designed so that it can be shared by any practice with any manufacturer, and I am very happy to support any practices who want to start using this questionnaire too,” Mr Berry encouraged.