Optometrist, Tareq Moustafa, speaks to OT  about the importance of customer service and eyewear as he reflects on 11 years as practice owner of Seen Opticians

Giggling uncontrollably as an optometrist attempted ophthalmoscopy on him as a child is the first memory that the owner of Manchester-based Seen Opticians, Tareq Moustafa, has of optics.

What is your practice's unique selling point and how does it helps you in getting patients through the door?

Regular check-ups followed thereafter and during his teenage years, Mr Moustafa became “fascinated” with the eye: “I was very interested in physics, but I always remember my trips to have my sight tested, as I became more and more fascinated by the eyes.”

It is these experiences, combined with advice from his doctor-father who warned him against becoming an eye surgeon, that set Mr Moustafa on his chosen career path.

The road to ownership

After graduating in optometry from the University of Manchester – then UMIST – a “conventional” first few years in optics followed.

Mr Moustafa completed his pre-reg with Dollond & Aithison, before moving to Boots Opticians in Nottingham on qualification. “With Nottingham being the home of Boots, it was a really interesting store to practise in,” Mr Moustafa shared.

However, unsure about his next steps, the optometrist packed his bags and left for Australia, where he combined travelling around the country for a year with locuming in a range of independents.

It was during this gap year that Mr Moustafa began to set plans for his future. “During my time in Australia it dawned on me that I wanted to improve my career prospects through my life and realised that the only way I was going to do this, when I got back to the UK, was to open up my own practice.”

Returning to the UK in 2003, Mr Moustafa locumed, but never forgot his dream.

“As soon as I got back from Australia I began locuming, but at the same time was searching for premises and educating myself of the ins and outs of being a business owner,” the optometrist explained.

“I consumed everything in sight, from autobiographies on successful business people to success stories in the local paper. A book that particularly influenced me was Building the happiness-centred business by an Australian dentist called Paddi Lund,” he added. 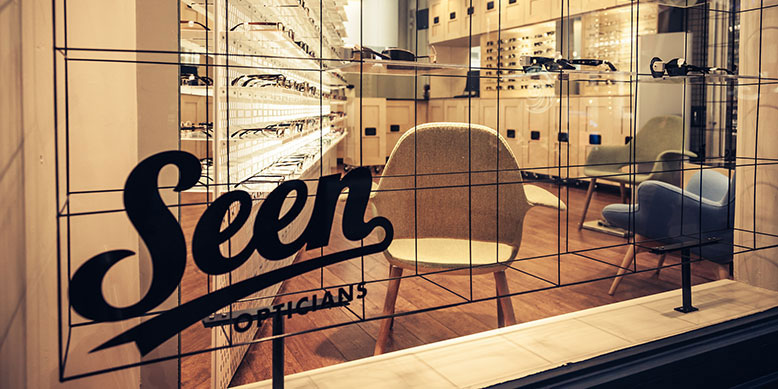 As Mr Moustafa began his journey to becoming a practice owner, he did so with purpose, having observed what he felt a “good” practice was like during his time in Australia.

“Before I went travelling I had only ever really experienced optometry in fairly large practices and had begun to see opticians as fairly busy places where people were buying fairly expensive products, but not being treated like individuals – they were simply being moved through a process,” Mr Moustafa recalled.

However, this view changed when the optometrist set foot in the “vibrant” independents that he practised in across Australia. “When I was in Australia, I was fairly blown away by how much of a relationship the practice developed with the customer and how, as a result, the patient really valued both the healthcare and retail side to their visit,” he said.

It is these customer service-focused values that Mr Moustafa strived to replicate in his own practice. “What we have introduced at Seen is the importance of the relationship between the customer who is walking into practice and everyone in the team,” he said.

The foundation of the independent, which opened its doors in Manchester’s St Annes Arcade in October 2005, is “happiness” – “We are a business built around a happy team, happy clients and happy suppliers,” Mr Moustafa asserted.

Explaining the importance of this ethos extending to its suppliers, the optometrist explained: “Since the day we opened, I have instilled in the team that when they are contacting our suppliers, they must be as nice to them as they are to our customers, as they are such a key part of our business offering, which is based on unique eyewear.”

He added with a smile: “I know this approach has helped us out of a hole in the past when we have needed a frame quickly or if something is out of stock, and magically we can secure it because we have strong relationships with our suppliers – when you are nice, people don’t mind helping you out.”

While Mr Moustafa was always clear on the ethos that he wanted to create when he opened his practice, the optometrist credits a trip to Paris trade show Silmo for helping him decide on the direction he wanted to take in terms of product.

“During a trip to Silmo in 2004, I met some really influential eyewear designers and realised that not only did I want the business to focus on customer service, but that I also wanted to offer our clients high-quality, independent eyewear, rather than the standard mainstream, fashion brand names,” he reflected.

As a result, Seen only stocks independent eyewear brands, some of which are very exclusive – “we have particular collections that we are the only stockist in the UK for,” he said. 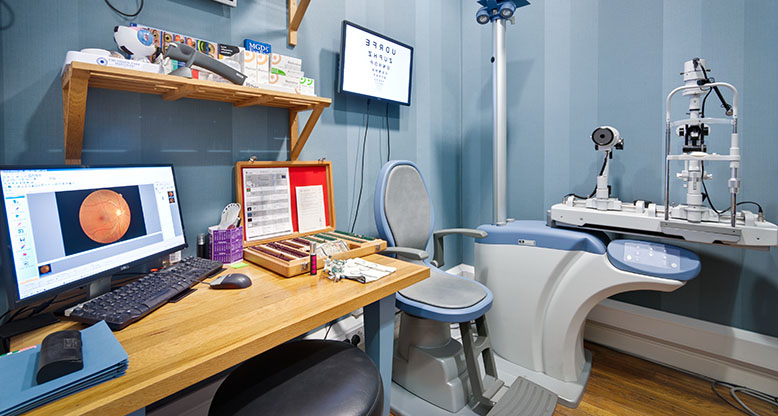 As a one-location independent that stocks some exclusive eyewear brands, Seen Opticians has broadened its reach by expanding its online offering in the last 12 months.

“We previously sold sunglasses online, but took the decision around a year ago to invest heavily in our online offering,” Mr Moustafa confirmed.

“It’s a world that fascinates me,” he said, adding: “I’m an online shopper myself and I believe that we would be naive as a profession to consider that online will not be important for us in the future.”

One year on, the tool, which allows customers to purchase the full range of Seen Opticians-stocked eyewear with plano and prescription lenses, may not be a large part of the business, but it serves its purpose, the optometrist explained to OT.

“The geographical location of our customer is fairly far and wide, with it being common for people to travel over an hour to visit the practice. Therefore, for those based in north Wales and north Lancaster, for example, our online service gives them the opportunity to purchase an extra pair of frames in a different colour, or some sunglasses, without having to make that journey,” Mr Moustafa added.

Since launching the online store, the practice has also seen increased interest in European custom, with spikes from Poland, Switzerland and Romania observed. “I guess there are fewer options for eyewear in those countries, but because we also stock some exclusive collections, being online opens our collections up to a much wider audience,” he said.

Looking to the future

As OT speaks to Mr Moustafa, it is clear that he is always moving forward rather than standing still. And, 11 years since opening the practice doors, it is time for the optometrist to renegotiate the lease agreement on the premises. “I’m currently taking the opportunity that this provides to consider the prospect of moving to slightly larger premises, in order to allow us to offer an even better service,” he shared.

Mr Moustafa added: “We certainly don’t need to move as we are successful, but if we were to, the goal would not be to display more products, but to use the additional space to allow us to provide an even better service and to really wow our customers, which has remained the foundation of our business since we opened.”