Born into a family formed of an estimated 47 optometrists and “plenty more dispensing opticians,” it should come as no surprise that Asad Hamir opted for optometry as his chosen career path.

“I was born into optometry and from a very young age I would spend time at my family’s practices. First I would just observe, but by the age of 14–15 I had begun helping patients pick their glasses. I loved the environment and became fascinated by the different eyewear.  Because of this upbringing, deciding to study optometry seemed like a natural step,” he told OT.

Explaining his family’s history in optics, Mr Hamir said: “My mother was the first optometrist in the family. She came over from Uganda in the ‘70s, and at the time, was one of just four women studying optometry in her entire year.”

However, painting a very different picture of the profession then compared to now, Mr Hamir explained that securing full-time employment after qualification was difficult for his mother, who, as a result, opened her own practice in the capital.

His mother’s satisfaction and passion for the profession soon rubbed off on members of the family, with brothers, sisters, aunties and uncles following in her footsteps. “The business grew – at its height we had eight practices – and, as it did, lots of family members trained as optometrists and dispensing opticians,” he explained. “We should really go for a Guinness World Record,” he added with a laugh.

However, despite studying optometry with the intention of following in his family’s footsteps, Mr Hamir became interested in technology and telco during his university years. “Mobile technology was taking off and I was really interested in phones,” he said.

This passion transformed into a profession for Mr Hamir, and the entrepreneur within him saw him co-found a telco company called Telenomics. The business has since enjoyed much success and today employs around 250 people.

However, the diversion was short-lived to an extent, and after six years, with his passion for optics still strong, Mr Hamir dipped his foot back into optometry and then practice ownership.

“As Telenomics became stable and we put a strong management team in place, I decided that I wanted to rekindle my attachment to eyewear,” he explained.

To an extent that attachment had never waivered: “I always continued to go to the trade shows and attended Silmo and Mido every year, simply because I love glasses and I probably own a couple of hundred pairs myself,” he shared. 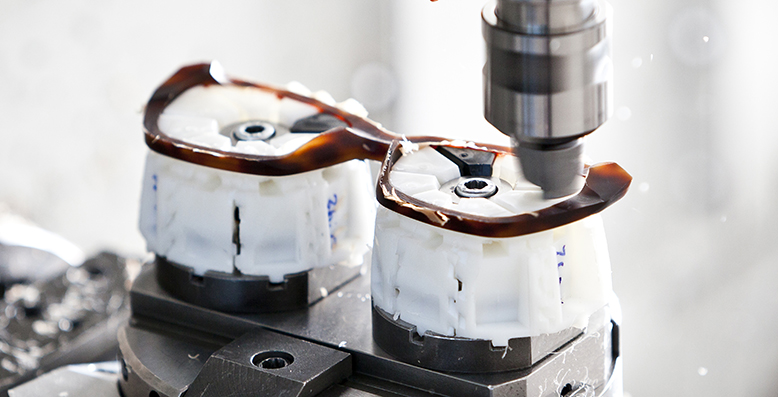 It was during these trade show visits that Mr Hamir became concerned about the direction that eyewear was taking, as he explained: “Eyewear had got very samey and boring, and I wanted to change this.”

With a desire to inject “something special” into the eyewear sector, Mr Hamir entered into business with the brothers and co-founders of Dishoom, Adarsh and Amar Radia, and Kite Eyewear was born.

The trio began planning Kite Eyewear in 2012, before the first store opened its doors in 2014.

Explaining the ethos behind the business, Mr Hamir described with enthusiasm: “Kite was very much born from a desire to innovate the market and really push the boundaries of creativity, from both a product and customer experience point of view.” As a result, all Kite Eyewear frames are designed in-house and manufactured in Italy.

Eye exams are also currently complimentary. Explaining this decision, Mr Hamir said: “As a start-up, we are still growing our community and database, so what is more important to us right now is putting people through the Kite ‘experience.’ Because we are convinced that in doing so, people will fall in love with Kite.”

Eyewear and eye exams aside, the company has also focused on the customer experience, with a desire to make it as easy and stress free as possible. In doing so, the practice opened with a flat-pricing model for eyewear, regardless of refractive index. It also only uses Carl Zeiss lenses.

Speaking about being one of the first UK practices to introduce the flat-rate paying point, Mr Hamir explained that: “Customers really just want to get the best they can for their eyes, while balancing that need with budget. By introducing a flat-rate, we wanted to remove the complexity of cost from the journey and make it as simple as possible.”

"Kite was very much born from a desire to innovate the market and really push the boundaries of creativity, from both a product and customer experience point of view"

Reflecting on this decision, he added: “People love our flat-pricing model for three reasons – they know what the price is going to be before they come into the store; it is at an affordable level to allow them to purchase more than one pair of frames if they wish; and it is fast.”

Unlike most independent practices, you will not find Kite Eyewear tucked down a quiet shopping road, or even on a bustling local High Street. Instead, it can be found in the UK’s third largest shopping centre, Westfield Stratford, which last year had more than 25.3 million people pass through its doors.

Explaining the bold move, Mr Hamir told OT: “We took a short-term view at the beginning because we wanted to get our brand out there. To do this, we knew that we needed to be somewhere with a lot of through traffic and footfall, and being in the shopping centre has certainly succeeded in getting eyes on us.”

Yet, he admits: “I think when you go into a big shopping centre there are both benefits and drawbacks. I think that you get large footfall and traffic, but the drawback is that you are just another store among a vast number of other, larger retail units.”

When asked if he would open a Kite Eyewear branch in another shopping centre, Mr Hamir responded: “No, probably not. But having our first store in Westfield Stratford certainly served its purpose. People have got to know what Kite is and what it is about, allowing us to move forward with our business plan.” 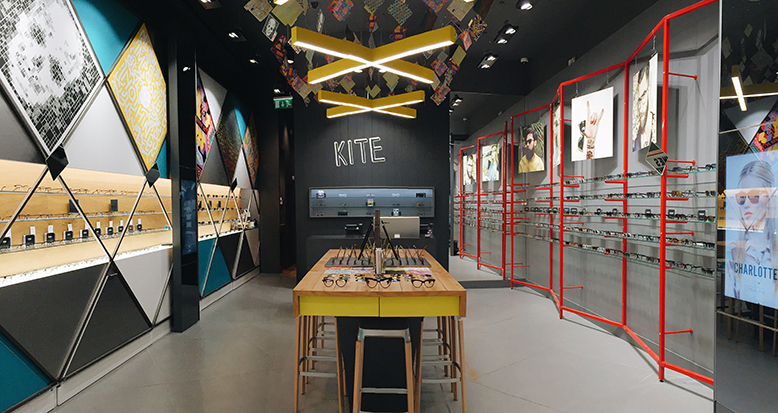 Three years on, Mr Hamir and his business partners are ready to take Kite Eyewear to the next level.

“The next phase is opening a store in central London,” Mr Hamir revealed when questioned.

Admitting that he “can’t share much more than that at this stage,” the entrepreneur does say is that the lease is signed and they hope to open in the next 12 months.

“I think that it will be a big story for both optometry and design. We have a very famous architect working on the project and we are very excited about it,” he added.

And stores are not the sole area of expansion for Kite Eyewear right now, having recently invested in a design studio in London’s Soho. Having opened in October, the studio is home to both the company’s design and marketing team.

Yet, Mr Hamir is keen for the venue to be more than just a studio and wants it to support the business in building its brand and spreading its ethos. “We are looking to host regular evening talks from leading designers, technologists and architects for example,” he said, explaining that: “This will help us build our Kite community.”

For Mr Hamir, Kite Eyewear has always been much more than a business, but a passion and enthusiasm for the eyewear sector. This becomes very clear when he speaks about the company’s future.

Asked where he would like Kite Eyewear to be in five years time, rather than respond with the standard “I’d like to have a store in every UK city,” he replied: “I’d love to be able to say that Kite has helped advance eyewear and the sector. I don’t think we are the only ones working towards this, but there is certainly a revolution coming in eyewear and we are helping to shape it.”