Employment and union support during a disciplinary 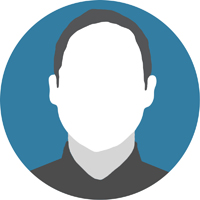 Ismail (not his real name) was working as a specialist refractive optometrist for a multiple specialising in laser and lens replacement surgery. He had previously won awards in the multiple for best results and attitude.

As part of his role, Ismail was required to carry out patient consultations to see if they were eligible for laser surgery, followed by 12 months post-operative care if the patient proceeded. For various reasons, several of Ismail’s patients did not give consent to complete the full consultations. Ismail’s employer then accused him of not practising safely and advised him that a full investigation was required and threatened to involve the General Optical Council (GOC).

At this point, Ismail contacted the AOP for support.

We discussed the details of Ismail’s case with him and helped him write to his employer setting out his version of events. We briefed him along the way about how the response from his employer was going. The responses from Ismail’s employer were checked by a member of our legal team as well as an optometrist in the regulatory team, and Ismail was given regular updates via email and phone on the progress of his case.

We appointed a union representative to accompany him to the disciplinary hearing where Ismail was given a final written warning, despite no previous warnings, along with other restrictions on his practice. In consultation with us, Ismail decided to appeal this decision. A union representative accompanied Ismail to the appeal hearing to support him and made representations on his behalf about the unfairness of the process.

Ismail’s final warning was reduced to a first written warning, no further action was taken and the GOC was not involved. Ismail left the company after clearing his name and his former employer was advised by the AOP to change their disciplinary process due to the unfair way they had conducted it.