Dr Ian Beasley has been working in optics for 30 years and joined OT as Clinical Editor in September 2013 and the AOP team, as Head of Education, in May 2015.

As well as his roles at the AOP and OT, Dr Beasley is a postgraduate researcher at Aston University and in 2013 was the first person in the UK to receive a professional doctorate in Optometry. 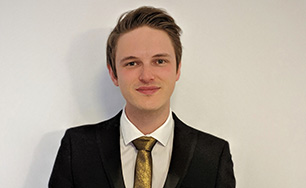 Luke Allen graduated from Cardiff University with a first class honours in optometry in 2014. He currently works in independent practice on the south coast and was shortlisted for the AOP Newly Qualified Optometrist of the Year Award in 2018. As a contact lens and myopia managment enthusiast, he was one of the first fitters of CooperVision's MiSight 1-Day contact lens, and runner up for the BCLA Young Contact Lens Practitioner of the Year in 2017. He currently sits on the BCLA Council, working with the student ambassadors for UK universities.

Manager of Vetlife Helpline and Researcher at the University of Edinburgh

As the Manager of Vetlife Helpline, a 24-hour support line for veterinary professionals, Dr Allister supported the AOP in the establishment of its Peer Support Line in 2017. 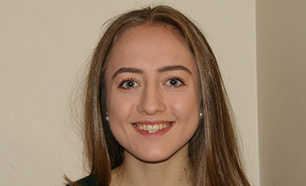 Josie graduated from the University of Manchester with a first class honours in Optometry and she is now practising at an independent practice in south east London. Josie was a student representative for the AOP at university and in her pre-registration year she wrote bimonthly articles of her experiences for Optometry Today.  She has worked as a volunteer clinician for the Special Olympics and Crisis at Christmas, and she is passionate about delivering eye care to all members of the population from community optometric practice.

Josie has special interest in myopia control through contact lenses, and in the effectiveness and development of enhanced services in the community. She has undertaken a review of cases seen in the Minor Eye Conditions Service and analysed the success of the scheme. The review was prepared as a presentation at the European Academy of Optometry.

Dispensing Optician and Lecturer in Ophthalmic Dispensing at Bradford College 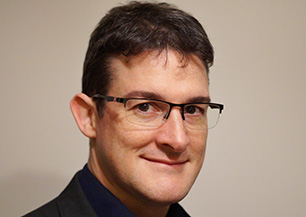 Mark has worked within the Ophthalmic Industry for over 20 years. He joined Bradford College as a part-time ophthalmics lecturer in 2008 and then became a full-time permanent member of the ophthalmics dispensing team in 2012. Alongside his teaching, Mark continues to practice on a part time basis as a qualified dispensing optician. Mark currently teaches optics, ophthalmic business and retail skills, ophthalmic lenses, and the ophthalmic dispensing practical workshops, on the Ophthalmic Dispensing Course within the Faculty of Applied Sciences at Bradford College. Mark is also involved in scholarly activity in areas of visual perception and visual optics in nature. 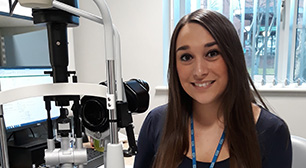 Holly has gained higher qualifications in paediatric eye care and medical retina, which she uses in her specialist clinics. She is currently studying for her IP qualification.

Julie originally trained as an ophthalmic dispensing optician in 1989 on the correspondence course at City & East London College, whilst being employed by Dolland and Aitchinson. Due to a change in location she then worked in the supertension cable industry and obtained her first degree in physics and materials science.

Returning to ophthalmic dispensing in 2006 by reading the optical management honours degree, and then subsequently BOptom (Hons) in 2009, she has worked for large multiples and independent optical practices as a qualified dispensing optician. In 2012, during her time at ARU and whilst completing her optometry degree, Julie became a part-time research assistant and was involved in the early process of accreditation for the Foundation Degree in Ophthalmic Dispensing.

On completion of her optometry studies she embarked upon her academic aspirations and has been course leader since 2014 together with Fellowship of the Higher Education Authority and PGCert. Subsequently Julie has increased her involvement with all processes around the management of the FdScOD and is currently studying for an Educational Leadership and Management MBA.

She is also a current member of the GOC Educational visitor panel.

Byki Huntjens is an optometrist from the Netherlands, who obtained her MSc and PhD in optometry from the University of Manchester. She is a senior lecturer at City, University of London, where she teaches contact lenses at undergraduate and post graduate level. She is supervisor of several MSc and PhD students, covering a wide range of clinical research. She leads the dry eye clinic at City, and co-facilitated workshops in contact lenses (City WinC). Byki holds fellowships with the BCLA and IACLE, is a council member of the BCLA, and recently spent three months at UC Berkeley in California to work with Professor Lin.

Henry is the Professional Advisor to the Association of Optometrists

After graduating from Aston University in 2002, Henry undertook his pre-registration year in multiple practice, during which he was awarded second prize in the pan-European Essilor Varilux University essay competition. Since qualifying, Henry has worked for independent opticians, small groups and multiples, and has been an active member of his Local Optical Committee for over 10 years, most recently taking on the role of Clinical Governance Lead.

Henry has a particular interest in IT, having developed the AOP’s GOS audit tool, which allows contractors in England to audit their GOS claiming. Henry has also been involved in charity work, travelling to Tibet in 2006 to help set up an optometry clinic in the remote town of Yushu on behalf of ROKPA, a medical charity working in Tibet, Nepal and Zimbabwe, and is also a current Trustee of the Optical Benevolent Fund. 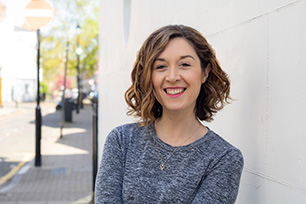 Studying Drama and Theatre Arts at Birmingham University, Sarah went on to work in events for several years, before travelling for a year solo and deciding on a more philanthropic path for her years ahead. Sarah has since worked in not-for-profit organisations developing, project managing and evaluating nation-wide support, leadership and wellbeing services for trainee teachers and, for the past two years, optometrists. A huge fan of practising mindfulness and gratitude, Sarah is an advocate of inclusion and connectivity in the workplace, and tries to model a healthy work-life balance as a part-time member of the AOP team and a mother of two young children. 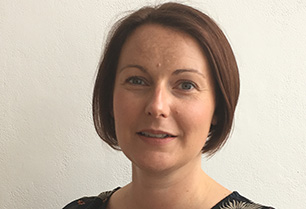 Holly Price is an optometrist from Cambridge who obtained her BSc from the University of Bradford and PhD in Optometry from Anglia Ruskin University (ARU). After a Post-Doctoral Fellowship, Holly became a senior lecturer and clinical supervisor at ARU. Holly is now course leader for the new Post Graduate Certificate in Contact Lenses, allowing dispensing opticians to train as contact lens ppticians. A Fellow of the Higher Education Academy and Member of the College of Optometrists, Holly also locums in community practice. Holly’s research interests include Myopia and Epidemiology of Blindness and Visual Impairment.

Jane Ranns qualified as an optometrist in 2003. She works at Sunderland Eye Infirmary, as an NHS England Clinical Advisor and also as a locum optometrist. Prior to her current roles, Jane worked for a corporate eye care provider for 13 years. She is in her second term as an AOP council member, the former chair of the Durham LOC and a former director of Primary Eye Care North East. Outside work Jane is a committed netball enthusiast and is looking forward to this year's World Cup!

Ceri is a therapeutic optometrist, the clinical editor for multimedia at Optometry Today (OT) and a media spokesperson for The AOP. Her role mainly involves creating CET videos, delivering peer discussion and writing clinical content for OT.

Originally from South Wales, Ceri graduated from UMIST in 1999 and recently qualified as an independent prescriber. She now works in independent practice in Lytham St. Annes, Lancashire. Her special interests include dry eye, orthokeratology and irregular-cornea contact lens fitting. 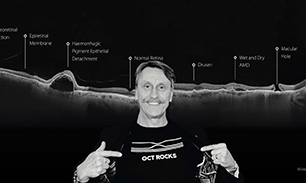 Optometrist and practice owner Brian Tompkins has over 40 years’ experience in optics and is a former AOP Awards Contact Lens Practitioner of the Year.

Elizabeth Yeowart graduated from Aston University in 1996 with a first-class degree in Optometry. She worked in practice for 15 years before taking a career break to raise her children. It was then that she started writing her blog: “What Lizzy Loves: Life and Style Through The Eyes of An Optometrist.” Today, as well as her blog, Lizzy writes the Get The Look column for Optometry Today and enjoys collaborating with brands from the worlds of both fashion and optics. Lizzy lives in Skipton, North Yorkshire and has two teenagers and an Instagram Husband.